I was caught on TV as a spectator during the field hearing held in Martinsburg West Virginia at the chambers of the Berkeley County Commission. The event was widely covered by local media and well attended with standing room only. in West Virginia and the current challenges in the Eastern Panhandle. The two hour hearing was conducted in capital hill fashion with a red light timer signaling when a panel speaker's allotted time had ended. Isn't it funny how they always go over?

The panel discussions began with Roy Bernardi, Deputy Secretary, U.S. Department of Housing and Urban Development, emphasizing the increased need for public housing and voucher programs intended to serve veterans, the homeless and our elderly population. This program is administered locally with federally received funds which have been cut. No surprise there as this is a nationwide dilemma.

The testimony from Russell Davis, Administrator, USDA Rural Development reported that the demand for loans has doubled in the last year with a delinquency rate 35% lower than the private sector and significantly lower than FHA. According to Davis, the program's success is in large part due to strict underwriting guidelines requiring solid documentation of income and appraised value. Representative Waters commended this committee for their achievements and I agree with her. All lending pratices need accountabilty.

The second panel of witnesses began with David Rathbun, West Virginia Housing Development Fund, reporting the success of the 20 year program that has assisted over a hundred thousand home buyers to achieve the dream of home ownership and averaging over 2,000 a year through the WV/HUD program. One out of seven home purchases in the state is currently funded with bond issue.

The panel continued with George Karos, Mayor, City of Martinsburg and Catherine Dodson, Martinsburg Housing Authority backing up increasing needs for the voucher program and restructuring the ease to accomplish their goals. Last but not least, my heart went out to David Ross representing MOVE, Men of Valor and Vision, for his valiant goal in assisting military veteran's transitioning back into our community and assisting them with counseling and housing. He began by saying that the idea was hatched in his own living room and even though support for his grass roots effort has grown, he expressed concerns about additional needed funding for veterans who will be returning in the near future.

To sum it all up 23.1 million dollars of the Housing Rescue Bill monies will be allocated to West Virginia, half of which go to the Second Congressional District and, according to Congresswoman Shelley Capito, will create new jobs and tax revenue. She also emphasized that West Virginia is low on foreclosure rates ranking in at 48th nationwide. Well, that comes as no surprise given the growing elderly population throughout the more rural areas. As for the allocation to our beautiful Mountaineer State of West Virginia, we've been dumped to the bottom of the ladder again. The more I've delved into this bail out, the madder I get. We chuckled as the hearing wound down and the gentleman I had noticed earlier in his wheelchair parked center aisle dropped the "F" word, Fannie and Freddie. His comment was very simple. "What about all those big paid bonuses to the Fannie-Freddie fat cats?" Ya gotta love it! 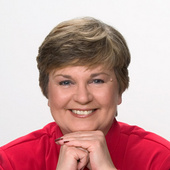 DISCLAIMER: Debbie Small disclaims liability for any damages or losses, direct or indirect, that may result from the use of or reliance upon information contained in this blog as well as the accuracy of the comments and opinions of visitors.