Well - The president signed the new housing reform bill yesterday. This means that Seller paid down payment assistance programs, like Nehemiah, Ameridream, and Future homes assistance, will no longer be available as of October 1, 2008.  These programs have helped many first time home buyers achieve the dream of homeownership. Apparently the reason for getting rid of these programs is to minimize the amount of foreclosures, however statistics say that 80% of the loans using DAP are performing well.

The bill does have some good points, such as a 7500 tax credit (not tax deduction) to 1st time homebuyers. I believe it will be a good thing for the housing market in the long term but we may see some negative results in the short term.

Read below to get more info about it.

Without a signing ceremony, President Bush reluctantly signed one of the most far-reaching housing reforms in decades that will affect hundreds of thousands of struggling homeowners, modernize the Federal Housing Administration (FHA), and bolster Fannie Mae and Freddie Mac.

Bush signed the bill at 7 a.m. next to Treasury Secretary Henry Paulson and Housing Secretary Steve Preston, but with little fanfare surrounding the event.

"We look forward to put in place new authorities to improve confidence and stability in markets, and to provide better oversight for Fannie Mae and Freddie Mac," said White House spokesman Tony Fratto.

He added that changes to the FHA, a feature of the legislative package championed by Bush, would begin right away "to keep more deserving American families in their homes."

Bush withdrew threats to veto the sweeping housing measures and the Senate voted 72-13 afterwards to pass the bill in a rare Saturday session.

"I can confidently say this is the most important piece of housing-related legislation that we have seen in more than a generation," said Mortgage Bankers Association (MBA) chairman Kiernan Quinn.

The two government-sponsored enterprises (GSEs) hold roughly $5 trillion in mortgages, representing nearly half of the total mortgage backing in the nation.

The housing package provides $300 billion in new lending authority to the Federal Housing Administration (FHA) while making permanent the $625,000 cap on loans the agency can back in some costlier areas, which had been set to revert $362,790 by the end of the year.

While the FHA modernization would let the agency back loans for riskier borrowers, the FHA will be banned from insuring mortgages in which the borrower's down payment is paid by the seller, effective October 1, 2008.

A one-year moratorium will prohibit the agency from charging risk-based premiums until October 1, 2009.

The housing bill will also grant temporary authority until the end of 2009 to the Treasury Department to lend money to Fannie and Freddie or purchase their stock in order to avert a potential collapse of the government-sponsored enterprises (GSEs).

A new regulator will now oversee Fannie and Freddie with the power to approve executive compensation at the companies.

The new law permanently increases the limit on the loans the two GSEs may purchase at $625,000 in the highest-cost areas.

Like the FHA, the cap on Fannie and Freddie will be pegged at 15% above the median home price in certain cities.

Over the objections of the White House, a new affordable housing fund will be drawn from the profits at the GSEs.

The bill provides $3.9 billion in grants for buying and fixing up foreclosed property in the hardest-hit communities.

Another $15 billion in tax breaks for housing tax is included in the new law, including provisions for low-income housing and a credit of up to $7,500 for first-time home buyers who purchase residences between April 9, 2008, and July 1, 2009.

Furthermore, the states will be given an additional $11 billion in tax-free municipal bond authority for low-interest loans to first-time home buyers, construction of low-income rental housing and refinancing subprime mortgages.

In a concession to the banking industry, mortgage holders will be given protection from investor lawsuits in relation to the modification of loans to borrowers in default or about to default.

Finally, a $180 million provision will be created for pre-foreclosure counseling and legal services for struggling borrowers.

With the loss of any program that allows a family or individual to purchase a home is devastating in this economy.  I was shocked by the phone call made this morning by my Loan officer to let me know that my AmeriDream buyer had better get on the wagon and make up his mind about his purchase.  To lose such programs in this city will leave out many prospective homeowners in the cold.  There is a website to make your comments heard I suggest you check it out www.supporthomeownership.com follow the instructions, this will go to Janet's email! 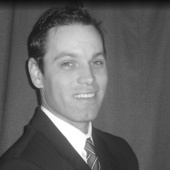