A revitalization has been occurring in various historic Denver neighborhoods, particularly in the general Highlands (Denver NW) and Washington Park areas.  This revitalization has included an increasing number of property scrapes.  On the scraped lots, new homes are being built, in styles including Prairie, Craftsman, and Modern.  These historic neighborhoods, in the past, have been comprised primarily of bungalow's, craftman style homes and Victorian style homes, so the homes of modern design are new to the landscape.  Many of the local residents would like to preserve the architectural integrity of the neighborhoods and do not appreciate the new development, and in particular, the homes of modern design.  Others feel that the new development, including the homes of modern design, add a new interesting dynamic to the neighborhood.  I took the following picture of a home located near the Historic Highlands shopping area: When I saw this home, I pulled over, as it had my immediate attention.  It may appear as there are two homes built very close to each other, but in fact, it is one structure.  The original structure is a Queen Anne style Victorian, built in 1907.  The modern style addition was added sometime after 2006.  The architect is seemingly comfortable with a marriage of the two styles and has made a bold statement to the surrounding neighbors and passer-by's.

A nearby neighbor told me she felt the home was not cohesive, and would benefit from a more balanced design.  She felt that adding a modern tower to the opposite side of the Victorian portion would be a good remedy.  Otherwise, this neighbor was intriqued by the design concept.  What was the concept?  It may have been that the owner liked both styles and could not pick one.  Another idea is that the design is meant to force people to accept that the two style are essentially 'one', and will both be part of their neighborhood in the future.  What is your opinion? 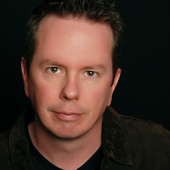