As those of you who regularly check out my blog will know, this past weekend was a Civil War Weekend for the Pizappi Family.  I have decided to share the weekend with you in two installments. The Camp Life Views and The Battle Views.  This will be The Battle Views.We reenact to honor the men and women who believed in their causes, who fought and died in the worst war to have been fought by our country because it was brother against brother, and to always remember so it won't happen again.  The following pictures may upset those of you who do not understand but many of us feel that by showing the history we will teach a new generation the bitter lessons learned in this war.  It is a hobby for those of us who participate and we all pay to participate in these events.  We sell tickets to the public to offset the costs of facilities and insurance and the remainder of the funds collected are used for various charity and preservation projects.During our reenactment at Liberty NY the troops had several tactical and surprise attacks which were not publicly presented as well as two spectator battles, an artillery demonstration, and a candlelight tour with various scenarios including a field medic operation, camp life, searching for lost brothers, and a church service.  The following pictures are of the two spectator battles.

An artillery look out scans the area for activity

Union soldier informs them of Confederate activity in the area Trouble has been spotted by the Union advance guards Confederate General looking at some of his men preparing for a skirmish. The Confederates set up on a fence line Union Soldiers pushing the Confederates back This brave soldier did not finish the battle
(He stayed in this position an incredible amount of time BTW I give him props for effort!)

Union Troops line up on Sunday The Confederate Troops are victorious on Sunday.


I hope you enjoyed a glimpse at the battles from the Liberty NY 2008 Reenactment Weekend.  See my next blog for the camp life side of the reenactment.
LIKE
close

WOW PAddy- This is so authentic- I love the reenactments- We went to gettysburgh and reliving the battles is amazing. The bravery of these fine soldiers is beyond words. Your pictures are terrific. I can't wait to read the camp life blog.

Paddy, thanks for your wonderful description and photos. I would love to attend one of these re-enactments and see the uniforms and especially here the cannons firing. It does give us some sense of the history obviously without the real carnage that happened with the bloodshed and huge loss of life.

Thanks Barbara We are planning to be in Monroe at Museum Village on Labor Day weekend and in Montgomery at the end of September if you can make it.

You are welcome Gary.  Try to find some in your area.  I am betting there will be some strong Confederate leanings in Texas.

Paddy, very neat photo's. That is amazing the soldier laid over the fence for so long, that had to be uncomfortable. I was looking for the photo of you?

That postion does make you hurt just looking at it.  Someone had to take the pictures Duane :-)  I will see if my daughter had one of me. Here I am It got a bit pixalated

Paddy, ya look great, glad you were able to find one. Thanks for sharing...

Paddy, I love all the pix especially the one of you.  It's amazing to me how these men fought.  In our day of satellite surveillance imaging, tanks and fighter jets- it's shocking to see how wars used to fought.  Thanks for sharing.  I off the read about camp life!!

Thanks Becky It is hard for us to imagine isn't it?

Hi Paddy, I've never been to a reenactment.  It looks like fun!

What great photo's Paddy.... I wish we could have been there!

You should check one out sometime, Susan.  The big ones like Gettysburg can be impressive but I actually prefer the smaller ones for the ability to see more and not get shoved around by a crowd.  There is one comeing up at Eckley Miners Village off 81 in PA in two weeks that members of our unit will attend but I am not going.

Thanks Jesse the Southern Troops could have used you they had to galvanize some union troops to boost their numbers.  The gas crisis is hitting the reenacting community hard just like everyone else.

Paddy, you are welcome Mam. What was your role? Had to be too much fun and what a great experience as a family.

I am a wife and mother of Union soldiers who had the opportunity to come out to meet them at their camp.  We do enjoy this hobby a lot Duane.

Paddy, these are great pictures.  I like the explanation that you provided at the beginning.  Although I would have never "publicly" asked the question, I've always wondered why people would want to reenact what was such a painful chapter of our history.

But, you explained it so well....thanks. I am glad that people are choosing NOT to forget.

I am glad that you have a better understanding now Sondra.  Some will never understand and believe that it is glorifying war.  To see these men "die" is to understand why it should never happen again. 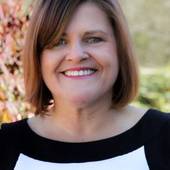