High property insurance premiums are weighing the pocket books of my clients & its so severe in some areas that necessities such as food spending has to be re-evaluated.. The root of our property insurance tax burdens stem from hurricane damage and liabilities of owning property on the Gulf Coast.. Finally, a little relief is on the way.. The Federal Government is extending a tax credit to Coastal homeowners who have been severly affected by rising Property Insurance Premiums.. Below is an article I'm passing along to you from the Sarasota Board of Realtors.. Along with The Sarasota Deed, you are always "In the Know"..

Sen. Roger Wicker, R-Miss., thwarted in an effort earlier this year to expand the federal flood insurance program, is taking a new tack on insurance relief for coastal residents in a bill he is introducing Friday.

"I think of this as a short-term focused solution to provide immediate assistance to people in coastal areas," said Wicker in an exclusive interview with McClatchy Newspapers.

The bill would give residents affected by hurricanes in 2004, 2005 or 2006, a one-time tax credit up to $5,000 if their insurance premium increased 50 percent over a three-year period. It would also create a permanent tax credit of up to $5,000 per year for residents who make hurricane mitigation improvements to their homes. The bill is being co-sponsored by Sens. Thad Cochran, R-Miss., Mel Martinez, R-Fla., and David Vitter, R-La.

"This is a way of providing some sort of assistance to taxpayers," said Wicker. "We shouldn't make them wait another year." Mississippi coastal insurance rates, for example, have jumped 80 percent after Hurricane Katrina.

Under Wicker's plan, individuals would be eligible to receive a one-time tax credit up to $5,000 for an amount equal to 50 percent of the increase of their insurance premiums over three years. For example, if a resident paid $1,000 a year for homeowners' insurance in 2005 and $5,000 in 2008, that person could claim a tax credit of 50 percent of the $4,000 increase.

Coastal resident along the Gulf of Mexico and Atlantic Ocean would also be eligible for a proposed permanent tax credit up to $5,000. Homeowners could claim 25 percent of the cost of hurricane mitigation improvements, such as elevating a structure or reinforcing it.

Rep. Gene Taylor, D-Miss., who lost his home in Katrina, has argued that the inability of Coast residents and businesses to secure insurance for wind as well as water damage has hurt rebuilding. His bill to expand the federal flood insurance program to include wind coverage passed the House but met considerable resistance in the Senate. Wicker proposed the wind amendment to the flood insurance authorization bill but it was soundly defeated 74-19.

Wicker said in the interview that he felt he could not overcome the objections of Senate Banking, Housing and Urban Affairs Committee Chairman Chris Dodd, D-Conn., to expanding the federal program but that he had raised awareness of the need for insurance relief.

"It looks like a permanent type of solution will not be approved this year," said Wicker. "I think the chances are better for this approach."

Take advantage of this policy and apply for the credit if you are one of the unfortunate homeowners burdened by Sky Rocketing Insurance Premiums & hurricane damage.. 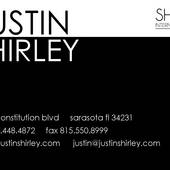