OGDEN - Expressing both reluctance and anger with what they called a "bad law" that required them to do it, the Weber County Commission approved formation of a Powder Mountain township Tuesday morning.

The commissioners, obviously frustrated at having no power in that decision, flexed their muscles on the next step: Approval of the town's mayor and council.

Representatives of Powder Mountain gave the commissioners a list of one mayor and five council members, the minimum needed to form a commission.

The commissioners declined to approve the list, saying the law allows them to select "from a list," not to rubber stamp a list. The commissioners asked Powder Mountain representatives to give them more to pick from, and said they would come up with their own list as well. The decision was put off for two weeks.

Powder Mountain petitioned the County Commission in January to form its own township. It is attempting to expand, and the Ogden Valley Planning Commission put a long list of conditions on that expansion to control the impact on the rest of Ogden Valley.

Forming its own township lets Powder Mountain get around those restrictions by doing its own zoning. The resort is using a law approved by the Legislature in 2007, but changed in 2008, that gives the County Commission no choice but to approve the township if its application meets the legal requirements. 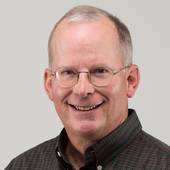