Why are the streets between Via La Selva and Hollywood Riviera blocked off? Well, they used to go thru, and here's the story:

As I assume everyone knows, Hollywood Riviera was administered by the Palos Verdes Homes Association until 1939, when PVE incorporated and cut the Riviera loose. That's why so many of those old Spanish homes in the Lower Riviera look like they could be in Malaga Cove -- they just as easily could have.

In 1946 construction began on the first of several housing tracts in the upper Riviera. By far the best access to that area at that time was thru Palos Verdes Estates -- streets like Vista Montana didn't exist. As a result, all the heavy construction equipment (dump trucks, graders, back-hoes, etc) were rumbling up Hawthorne Blvd (now Via Valmonte), down the Drive, and up and down Via La Selva. It didn't take long for residents to tire of this, apart from the obvious danger to us baby boomers riding around on our tricycles. About 1948 the residents (my parents among them) prevailed upon the City of PVE to install those steel posts across Via Alameda, Via Pasqual, and Via Colusa just inside the PVE city limits, and they've been there ever since.

It's kind of ironic -- originally the PVE residents didn't want thru traffic. Now many PVE residents would like the convenience of cutting thru, but the Riviera residents want the posts to stay. 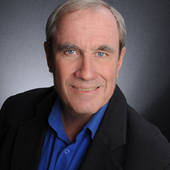