I deal with many people being transferred to Clovis, New Mexico and the comment I hear most is "Wow- Clovis is overpriced. Dont the people in Clovis know that they are more expensive than the houses in Lubbock, Amarillo, or Dallas?"

So Id like to give you a few reasons to avoid the accusation that we have raised our prices  just because we can, or because there is a big Realtor conspiracy going on. - (There Isn't)

It costs more to build in Clovis. -

We have fewer houses on the market than many metropolitan areas.

We face a unique situation here in Clovis, In 2005 Cannon AFB was put on the BRAC list to close. While we were waiting to find out our status people were very scared to buy. The Air Force put Cannon in an enclave status while a new mission was found. The decision was made to make Cannon AFB the new home of the 27th Special Operations wing and we faced several years (2006-2007) of families leaving the area with no one to replace them.

Then people began repopulating the base. Families were coming again to Cannon AFB and people who were going to sell/buy and had been waiting realized that as availiable housing was snatched up their opportunity to buy was now.

This doesnt mean that we tacked $20,000 onto every listing we had. It means that the year before investors were buying what would make good rentals, moderately sized housing with a good investment return. Now people are moving into the area and need/want housing on the Northeast side of town and the price of those newer, larger houses is more than the good investment properties in other areas of town.

The military who are being transferred from the area need to sell their houses and they are the people who are being hurt by the people who start rumors that every house in Clovis is $40,000 overpriced. It will be interesting to see what prices do as more people come and there are fewer and fewer houses on the market. Builders are building as fast as they can but now is a great time to buy in Clovis! 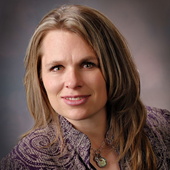