Fort Riley is named in honor of Major General Bennett C. Riley who led the first military escort along the Santa Fe Trail. The fort was established in 1853 as a military post to protect the movement of people and trade over the Oregon-California and Santa Fe trails. The post was a base for skirmishes with Native Americans after the Civil War ended in 1865, during which time George Custer was stationed at the fort.

Later, Fort Riley became the site of the United States Army Cavalry School, until the Cavalry was disbanded in 1943. The famous all-black 9th and 10th Cavalry Regiments, the soldiers of which were called "Buffalo Soldiers," were stationed at Fort Riley at various times in the 19th and early 20th centuries. During World War I, the fort was home to 50,000 soldiers, and it is sometimes identified as ground zero for the 1918 Spanish flu pandemic, which its soldiers were said to have spread all over the world. Since the end of World War II, various infantry divisions have been assigned there. Most notably, the post was home to the famed Big Red One from 1955-1996Between 1999 and 2006, the post was headquarters to the 24th Infantry Division and known as "America's Warfighting Center". In August 2006, the Big Red One relocated its headquarters from Leighton Barracks, Germany.

The post is home to the First Capitol of the Kansas Territory, which has been converted into a museum dealing with Territorial Kansas. This facility is operated by a Friends group under the auspices of the Kansas State Historical Society. 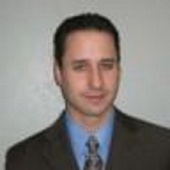