Just Kidding!  It'd be hard for anyone living in the southwest to ever say that.  But I am here to report we've been having glorious rain storms for the whole month of July carrying over to August.  I have no idea what this equates to in inches, but we've had rain at least several times a week.  The land around Silver is lush, green and overgrown.  There are even parts that, dare I say it, look a bit Ireland-ish (except for the yucca, juniper, pinon, and cacti that is).

Now, not to glorify the area too much, I will tell you that it's been particularly hot here this last week.  Temperatures have been in the upper 80's and low 90's which doesn't sound so bad, but there has been high humidity and everyone is complaining.  Us locals think it's hot even if it cools down to the 70's by 7 PM and the 60's at night.  I think when you live here for awhile your tolerance for high heat or high humidity diminishes.

Today, I was watching my daughter play at the Penny Park and it was very hot (91 degrees with high humidity).  The storm that was building finally cooled things off with some cool breezes before it started POURING down rain.  We drove to Alota Gelato for ice cream and water was rushing down the street on Bullard.  (Side note: there is a reason that the downtown streets have very high curbs.  There is also a reason why "Bullard" street is the main drag downtown and not "Main" street.  The street formerly known as Main St. was flooded out during the early 1900s and is now officially known as the "Big Ditch".)  Anyway, the storm lasted while we ate our gelato.  When the rain stopped, we waded back to our SUV which luckily has high-clearance, drove home and considered mowing the lawn since the grass grew 6 inches while we were gone. 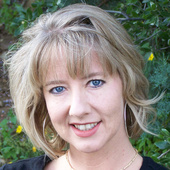 over 12 years ago
bookmark_borderbookmark
Events in and around Silver City, New Mexico from ...
View more Recent Posts   arrow_forwards