Housing Conditions
Dismal housing market conditions in the once booming Florida market have forced developer WCI Communities to file for Chapter 11 bankruptcy while also forcing the failure of small local lenders. Both new and existing home sales continued to decline in June which validate that conditions remain weak in most housing markets across the nation.

Stocks rallied on Tuesday as declining oil prices and a decision by the Fed to keep rates unchanged at 2% sparked buying on Wall St.  News that the most recent storm would not significantly disrupt any production facilities in the Gulf of Mexico sent crude prices for September delivery down to a little more than $119/barrel which is the lowest it has been since early May.  Economic data in the past week, however, continued to show weakening conditions in the economy.

The Economy
Non-farm employment fell for the seventh straight month in July as the economy shed 51,000 payrolls.  The economy has shed 463,000 so far this year.  Currently, non-seasonally adjusted total non-farm employment shows a figure of 137,236,000, a loss of 0.13% from July 2007.  The unemployment rate in July also jumped to a four-year high at 5.7%.

Housing Market
New and existing home sales both declined in June.  New home sales in June declined for the second straight month after posting its first monthly increase since October 2007 in April.  Sales eased 0.6% in June to a seasonally-adjusted 530,000 homes, down from a revised May figure of 533,000.  Sales for the previous three months, however, were revised higher by 50,000 units.  The number of new homes for sale continued to decline as builders continue to scale back production.  New home inventory declined to 425,000 which is the lowest it has been since November 2004.  In June, median new home prices rebounded from their lowest levels since December to $230,900.

National average mortgage rates declined to 6.52% in the latest Primary Mortgage Market Survey released weekly by Freddie Mac on July 31st.  Rates had been at their highest levels since August 2007 in the previous week.  This is the third straight week that the purchase index has declined and the lowest it has been since February 2003.  The latest figure reflects a 7.78 percent decrease from last week and a 25.71 percent drop from the same period last year. 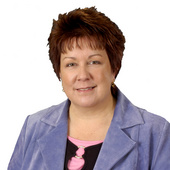 ActiveRain Community about 10 years ago
bookmark_borderbookmark
New Foreclosures on the way, but there are better ...
View more Recent Posts   arrow_forwards