One of the major issues I see with agents in today’s real estate market is the large number of people who got into the business between 2003 and 2007 because there was so much “low hanging fruit on the trees” in real estate.  Many were investors, some were spouses who thought they could bring in some extra income, and others were recent college grads that found the “glamour” of real estate very appealing.

I was sitting in my office the other day going down my list of agents to make my weekly round of telephone calls to check in with them to see how they were doing and if there was anything that I could do, as their managing broker, to assist them in their business.  I am sometimes the “thorn in their side” (in a nice and professional way) as I always ask if they are staying on track with their business plan, if are they making their calls to past clients and prospects, communicating effectively from “contract to close”, and maintaining the discipline needed to succeed in real estate.

One agent in particular, I will call him “Agent Doe”, required some face-to-face time with “The Reality Broker” – that’s me.

Briefly, Agent Doe, who is a late “twenty-something”, has been in my office for over a year and has only closed two deals.  He is single and supports himself with other income from another job.  He told me he was in a funk and was considering retiring his license.  Losing a licensee is something I do not want to happen unless I initiate the termination (and when I do it I do it for the right reasons!) I called Agent Doe and asked him to come into the office so I could talk with him.

When we sat down I asked him what was going on and why he has not performed to the expectations both he and I had when he placed his license with my firm.  He said he has tried to “make a go at it” in real estate, but it just hasn’t worked out.  He said the market is down and no one seems to want to buy or sell a home.  He also said he has not given real estate the attention it needed from him. That comment struck a nerve with me, similar to when the astronauts hit the ignition button and light the space shuttle for lift-off!

I responded with some very simple questions for Agent Doe.  First, why did you get your license in the first place?  He said he thought he could make money helping family and friends.  (When I first interviewed him he was a typical new licensee who was “gung-ho” and ready to learn.  Unfortunately, he found out this business requires hard work and a lot of planning and discipline.)  Then I asked...“If you didn’t have another source of income would you make real estate more of a priority in supporting your financial needs?”  He put his head down and said “probably.”  “So, if we took away the ‘safety net’ of the other job you would be more driven to succeed? I asked.  He said “yes.”

Agent Doe’s view of his real estate license as a secondary vehicle for income is a challenge for many of us in the industry who are responsible for keeping our company’s income in the black.  I have always believed it is very difficult for anyone to succeed in this business that are not willing to do it full-time or at least put the time and effort in to their business to make it work.

We are continuing to see more and more licensees get out of the business.  And, that is not all bad.  Agent Doe may be one of them.  We need to “weed out” those who got in it for a quick buck or thought it was easy.  I would rather have 15 professional REALTORS® consistently closing deals than have a multitude of agents who are “just hanging their licenses on the wall” because they may do a deal or two.

I truly believe those of us who remain and are willing to spend the time, money and effort to grow our businesses will reap from a smaller group of real estate practitioners.  This is a noble profession.  I am confident we will continue to become stronger with members who are committed to the ideals of what it means to be a professional REALTOR® Groups:
Realtors®
The Art Of Marketing You

So very true!  Same can be said on the mortgage side of things right now.  We are seeing more and more people getting out of the industry as you now have to sell and work rather than just be an order taker.  Its sad at the same time but welcoming as it will leave the more qualified professionals in the field.  We were all spoiled over the last few years and as you said it- time to check in w/ REALITY!

The part time aspect.  I have never understood how people thought they could make a good run at it while having a steady job somewhere else.  Take a way the safety net and sink or swim - many would swim just fine.

Hi John,  Is it just my imagination or does it seem that the newer agents with a background in sales are more likely to make it than those who came into the business without the benefit of sales training ?

Like
David M. Childress
Howard Hanna Real Estate Services - Akron, OH
I would love to be your Realtor® in Akron Ohio!

I don't mind new agents, of course, but I wish they would have more sales experiance like Bill says above. In Ohio, anyone can spend their money, go to school, pass the test and become a real estate agent. I wish we had a little screening. Being in sales most of my career, real estate came easy for me and I had success my first year.

Like
Bill Ladewig
LoanOfficerSchool.com - Escondido, CA
Experience Is Your Advantage

It is tough getting through these makets however the good news is eventually it will turn around and we will be amoung the last ones standing to take advantage of the next boom.

I believe agents who think they can do this part time should not be in the business.  This is a full time job to be taken seriously and I don't believe we can really be there for our clients if we don't give them 24/7.

Clearly agent Doe needed a swift kick.  Has his production increased since then?  Also, isn't a doe a female(Just ribbing ya!).  I myself am a very busy person and if it weren't for my wife I don't know how I would close a deal.  I can't imagine holding a job and a license and trying to do all of my transactions by myself.

Thanks for the post. Hopefully all those of us who "hang in there" through this market down trend will spend the extra time gearing up our Internet and marketing techniques so when the next "boom" hits we can hit the ground running.

This is so true and also a confirmation that the general public does not have a real understanding of what it is we do and what our job entails.  I think that the state exam should including prospecting 101. 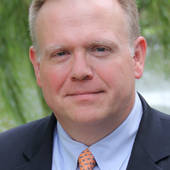 John Giffen is an award-winning real estate broker, manager, agent, author, and real estate educator. He is Director of Broker Operations for Benchmark Realty, LLC, one of the fastest-growing independent real estate companies in North America. His book “Do You Have a Minute? An Award-Winning Real Estate Managing Broker Reveals Keys for Industry Success” was recently released in paperback and audio formats and is available on Amazon.com and at select book stores. He also writes a bi-monthly column on Inman News covering various industry issues and professional standards of practice impacting REALTORS® and managing brokers. Author Site: www.DoYouHaveAMinuteBook.com Blog Site: www.JohnGiffen.com