Home > Blogs > Shane Eastman > Shane Eastman's (money4sell) Blog
bookmark_borderbookmark
When the Chairman of the Federal Reserve lowers "rates," he lowers the "Federal Funds" rate. Its the interest rate at which large banks lend funds to one another and is a "short-term" rate. Mortgage interest rates are long-term, up to 30 years. Longer-term interest rates are sensitive to expectations about inflation. When short-term rates fall, like the ones the Federal Reserve controls, borrowing and spending usually increase, which can actually cause inflation. Longer-term rates, like mortgage interest rates, can rise when concerns about inflation increase.

When the Stock Market is in a Bull trend (Up Trend) it is indicative of monies flowing into the market. Historically, The stronger the up trend in stocks, the weaker the realestate market will be durring the same period. Weak realestate markets (lack of demand) will result in declining prices in home values, which usually correlate to a rise in mortgage interest rates.

Many domestic and international investors, particularly those investing in the country's stock and currency markets, will respond to a hike in interest rates by moving money out of the country. This is due to a belief that the increased cost of borrowing will weaken balance sheets and devalue equities, thereby creating a ripple effect which weaken's the country's currency.

Because Adjustable Rate Mortgages and Fixed Rate Mortgages are affected differently it is very important to find a mortgage professional who understands the market conditions and the relation between the bond markets and interest rates. Your mortgage broker can help you make the decision on when to lock a rate which can save you thousands of dollars over the life time of your loan. He can also help you choose the right program!

It is important to note that Adjustable Rate Mortgages (ARMs) and Fixed Rate Mortgages are affected differently by an increase made by the FED or Federal Reserve. The FED makes adjustments to the short term rates which in turn affects things like the bond market, a key determining factor in the 30 year fixed rate. The 30 year rates work in the opposite direction to the 10 year note. If the price of the 10-yr note falls, the rates rise.

Adjustble rates are comprised of two things an Index, and a Margin. The margin is set by the banks so when the FED adjusts the rates, banks in turn make adjustments. The Index is a regularly published rate that is independent of the lender and generally used as a market indicator. Examples of and Index would be: PRIME, LOBOR, MTA, COSI, etc.

It's almost impossible to accurately predict the future of something as complex as the U.S. economy. However, it is important that we, as mortgage consumers, understand some of these market dynamics. Sometimes, a lack of understanding can cost us a lot of money. 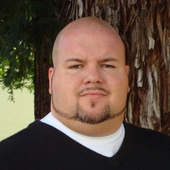