Fueled by the value and affordability of foreclosures and short sales, demand below $500,000 has swelled to its highest level of the year. Total Orange County demand now exceeds last year’s level by 63% and 2006’s level by 26%. Demand, the number of pending sales over the past month, increased by 197 in the past two weeks to 2,940. After unstoppable growth in the first half of 2008, demand is now following a typical summer cycle. For the first couple of weeks it diminished from June’s record highs and has continued to grow ever since. Typically, demand then starts to drop with the beginning of the Autumn market and the beginning of the school year. However, with the distressed inventory continuing to replenish, value and affordability may continue to provoke demand through the end of the year. Fence-sitters for the past couple of years, and even investors, are sensing a great opportunity to enter the market. 64% of demand, 1,892 pending sales, is found below $500,000, compared to 30%, 537 pending sales, one year ago. It is important to note that the beginning of the financial crunch took place in August 2007. As lenders tightened their requirements overnight, demand dropped by 18% in just two weeks and by 33% in a month. Demand dropped to a trickle and lasted six months. There will be no repeat this year. Value and affordability is a major difference in comparing 2008 to 2007, fueled by a major drop in prices due to that six month abyss. It will be interesting to see where Orange County demand travels from here. It may very well start doing its own thing just as it did at the beginning of the year, breaking from the traditional cycle of diminishing through the Autumn and Holiday markets and either sustaining its current levels or even increasing. Add value and affordability along with waiting on the fence for a few years and you have ingredients that will at the very least continue to spark demand. 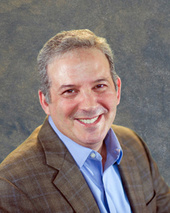