Have you ever heard of the following?  I wrote an offer on a short sale the Listing Agent (LA) comes back a month later ( we had a lot of communication) and says the bank says it is not enough, they need a higher offer.  OK, we bring a slightly higher offer - which is a wierd process, bidding against yourself.  My buyers really want the house.  Today, I get a letter of approval from the bank for the original offer price dated today.  The title report comes back with an investor on it instead of the seller/owners we negotiated woth.  The bank approval has the buyer only on it.  The LA guarentees me that he knows the investor and won't let them get the $$ difference between the first and second offers.  I went nuts.  It seems as though this agent was actually working on behalf of this investor.  We are supposed to close by the August 21st.  What do you all think?  Have you come across this before?  I have been doing short sales and have not run across this before.

OK - can you believe this but the LA is insulted that I question his integrity?  My broker said that it appears that there is something going on here, also.  I told the LA I would only move forward with inspections when the title to the property was recorded in the mortgagees name.  The title company concurs and stated that Countrywide would never approve a HUD with a name on it other than the mortgagee.  The title company recognized the issue immedialtey and has issued a new deed.  Unfortunately, the LA is responsible for getting the deed signed and I do not trust him.

Every short sale is so different.

Just make sure that the morgagee is the name on the title.

Within 2 days the listing agent had the new deed signed, so the property is now in the mortgagees name.  We also have a new signed contract for the lower amount. We did inspections and they came out well.  And, we are hoping to close by 8/20/08.  My buyers are very happy and things seem to be back on the right track.

I still have to decide what actions I should take, if any regarding the Listing Agent.  Also, the investor who was on the property title instead of the mortgagee has 12 more of these where he is trying to make some money off of a short sale transaction without the mortgager knowing. 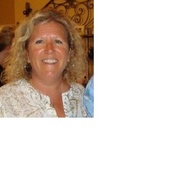 almost 13 years ago
bookmark_borderbookmark
Please stop by for a drink and take down my Christ...
View more Recent Posts   arrow_forwards