Ayden North Carolina Mayor Steve Tripp says the ship is turning for Ayden and the United States Department of Agriculture is at the helm.  Ayden has seen continued growth as a suburb of it's larger neighbors Greenville & Winterville in the last decade.  Today, Ayden encompasses over 2.5 square miles and is home of over 5,000 residents. The community is continuing to prepare itself for new growth as Pitt County continues to develop as a major industrial and economic center for eastern North Carolina. While focusing on progressive planning and growth management for the future, Ayden, home of the annual Ayden Collard Festival, is continuing to strive to maintain the character and quality for which the Town has become known as "a hometown to love".

Tripp on Tuesday announced the town has been awarded $1.5 million in federal grants and a $4.47 million loan by the USDA to fund infrastructure improvements for the town's sewer system.

According to Tripp, the improvements will help the town add more than 600 homes and allow for more commercial businesses on Ayden's west side.

"We have a phrase at our board meetings where we say the ship is turning," Tripp said. "It takes a while to turn a ship around. You don't just do it on a dime. We have always said the ship will be turned completely when the USDA and state give us the money to fix our sewer. Once that infrastructure is down, our ship will be turned and we're going to see growth and capture all we can in this great community."

U.S. Sen. Richard Burr was joined by a handful of state and local government officials during Tuesday's ceremony, held outside of Town Hall with the new VAC-CON truck serving as a backdrop.

Burr praised Ayden officials for their persistence in obtaining the funds.

"I will assure you there is no better lobbyist for his community," Burr said of Tripp. "His passion leaves an impression on everyone he meets. It is hard to sit down with Steve and not get a full understanding of the community he represents."

During the past seven years, the USDA has awarded more than $4 billion through its rural development program to communities statewide, according to State Director John Cooper.

Only towns with a population less than 10,000 are eligible for sewer assistance, Cooper said. Nearly 5,000 people call Ayden home.

"These grants and loans are about bringing resources here to make things happen and bringing jobs and development to a community that so desperately needs it," Cooper said. "This is where people want to live in America. They want to come to the rural areas. We want to make those areas a better place for them."

Mitchell said the addition of a combination truck allows the town to cut costs by eliminating the need for a subcontractor. The town will also be able to help other communities with a need, he said. 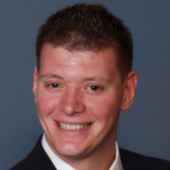