Bay Ridge is a neighborhood in the southwest corner of the New York City borough of Brooklyn, USA. It is bound by 65th Street on the north, Interstate 278 on the east, and the Belt Parkway-Shore Road on the west. The southern border is 101st Street. The portion below 86th Street is a subsection called Fort Hamilton. A small area east of I-278, bounded by 7th Avenue, is also part of Bay Ridge. Night lights of Verrazano Bridge, and around

Bay Ridge is a largely middle class neighborhood and is one of the few such places remaining in Brooklyn. With its strong family presence, it is not uncommon to see third or fourth generation families living in the region. Bay Ridge is a diverse neighborhood with a predominantly Catholic heritage, with strong Muslim and Eastern Orthodox minority populations.

About 20% of the current residents identify themselves as being of Italian descent, and another 20% identify themselves as being of Irish descent. There is also a large and active Greek American population. In addition, Bay Ridge is home to one of the oldest Arab-American populations in New York. Several generations ago, the neighborhood was well known for its Scandinavian residents, and the neighborhood still contains several Scandinavian bakeries and hosts an annual Norwegian Day Parade. Since 1990, Bay Ridge has become a popular location for immigrants from the former Soviet Union.

Bay Ridge residents enjoy a great selection of fine eating, and the many quality dining establishments lining 3rd Avenue give it the local nickname of "Restaurant Row". Fifth Ave. also has its share of restaurants; both avenues provide a wide array of ethnic dining choices.

There is also a thriving bar scene, with residents frequenting the Irish pubs abounding along 3rd, 4th, and 5th Avenues, the main commercial strips of the neighborhood. The neighborhood is notorious for its disproportionate number of churches and bars; it is sometimes informally and endearingly referred to as "Bar Ridge". Right-wing, anti-immigrant residents also sometimes refer to the neighborhood as "Beirut" (as in "Bay Root") because of the high number of Muslim residents.

Most recently, Bay Ridge has become known for its high elderly population. It has been called a NORC or a naturally-occurring retirement community because many of its families have grown-up in the neighborhood while their children move away. This is also a sign for things to come for many other neighborhoods in the United States. In 2006, it was reported that 20% of the population of Bay Ridge is 60 or over. [1]

Fort Hamilton, an active military base near the Verazzano Bridge, houses one of the neighborhood's few cultural attractions, The Harbor Defense Museum.[2] Another popular neighborhood attraction is the 69th Street Pier, at Bay Ridge Ave. and Shore Road. It features a sculpture that emits a beam of light as a memorial to those who lost their lives on September 11.

The neighborhood is served by a variety of local newspapers, the post popular of which is The Home Reporter-Sunset News. The same company publishes The Spectator as well. The Brooklyn Papers publishes a Bay Ridge edition (formerly known as The Bay Ridge Paper), and Courier-Life publishes The Bay Ridge Courier.

Bay Ridge is a politically polarized community. Traditionally, Bay Ridge leans Republican and is recognized as politically Conservative; Mike Long, liquor-store owner and Chairman of the Conservative Party of New York, resides there. However, it has been known to elect Democrats to office as well, such as Councilman Vincent J. Gentile. It also has a vibrant Green Party; the Green New York City mayoral candidate, Anthony Gronowicz, is a resident. The neighborhood is also home to the Brooklyn Democrats for Change, an active liberal organization.

Bay Ridge is represented in the New York State Senate by Marty Golden.

The neighborhood is served by Brooklyn Community Board 10.

Development is a passionate issue for Bay Ridge residents, as in recent years they saw many of the decades-old two-family houses being demolished, replaced by condominiums known colloquially as "Fedder Homes", after the branded air-conditioners poking out from the buildings' facades. In 2005, local community leaders and community activists from across the political spectrum united to issue rezoning laws; the homes of Bay Ridge are safe, for now, from the contractor's raze.

Bay Ridge was originally known as Yellow Hook, for the yellowish soil the original Dutch settlers observed. This name was changed in the 1790's after yellow fever struck the area and residents realized what an ill fit it was given the circumstances.[3] The new name was given due to the proximity of the neighborhood to New York Bay, excellent views of which were visible from the ridge that has now become Ridge Boulevard. These views attracted wealthy people, who built extravagant summer homes along Shore Road overlooking the water, many of which are still standing today and worth well over one million dollars. Once the 4th Avenue Subway (now the R line) was extended in 1915, however, many Manhattan workers looking for quieter surroundings began to flow in, transforming the area into a middle-class neighborhood.

Construction of The Verrazano Bridge was completed in 1964. Though now a totemic structure beloved by many, it was bitterly opposed by residents upon the announcement of its construction, for it would require the demolition of many homes. In a rare loss for local activists, the challenges failed: the bridge was built and the homes destroyed. Also destroyed was Fort Lafayette, part of New York City's defense system along with Fort Hamilton and Fort Wadsworth in Staten Island, replaced by the base of the bridge's east tower.[4]

The Farrell House, which has been at 125 95th St. since the early twentieth century, is one of many old mansions in Bay Ridge, and is now an official landmark. An accompanying structure, thought to have been used as a barn, was unable to be saved and was demolished. Legend has it the house was turned so that its "widow's walk", a balcony that traditionally faces the sea so women left at home could watch for their husbands' ships, would no longer face The Narrows.[5]

The area of the neighborhood around Ovington Avenue (aka 70th Street) was once known as "Ovington Village"; it was ultimately swallowed up as Bay Ridge.

The area is serviced by the R train of the Fourth Avenue line of the New York City Subway, with stations at Bay Ridge Avenue, 77th Street, 86th Street and 95th Street.

Bay Ridge is readily accessible by car, encircled by the Belt Parkway and Gowanus Expressway.

Very informative, I used to live in Bay Ridge for many years, recently visited the old neighborhood. It has changed a lot , but still a nice area.

Thanks for the blog

Do you know anyone that what to lease one bedroom apartment with utilities included in bay ridge. Coming from Texas thanks.

hell my first time commenting. i want to know if anyone remember bayridge H.S. Annex in the 1970s? i went there in i believe in 1970. i took the N train to the Fort Hamilton Pkway station. after we left there we went to the Main Building. are there photos of the Annex? i want to show my children. it was all girls back then.

oops i meant hello, not hell

is this the main building on 4th and 65th? i remember this one, but im looking for the school where i got off at fort hamilton pkway on the N train. back then this was called the Annex. but o do appreciate all your help. 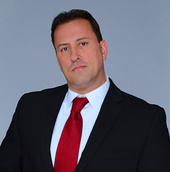