RealtyTrac reports that Colorado is back up to the #2 most foreclosures in the nation for February, after slipping to #4 in January.

For the past 15 months, Colorado has had the #1 spot locked up for 12 of those months.  Losing only November 2006, and January and February of this year.

We are also one of the only states without lending industry regulation, a correlation that cant be ignored.

According to RealtyTrac, Colorado had 1 foreclosure for every 345 households in February, almost triple the national average.

Other states only report property as foreclosed after the actual foreclosure sale.

Nationwide foreclosure activity fell 4 percent in February compared with January, but Colorado reported an increase of 9%, according to RealtyTrac.

What this means is fodder for investors, and great bargains for buyers who aren't afraid of a little cosmetic repair.

The best thing to do right now is buy foreclosures and hold them as rentals.

Those 5300 plus reported foreclosures are 5300 families that are still going to need a place to live, and probably cant rent in the traditional fashion, either because their credit is destroyed, or they cant squeeze a family of 5 into a two bedroom apartment.

They are going to have to rent for at least 2 years, until their credit is repaired enough to secure another try at a mortgage.

In the meantime, investors that buy foreclosures and offer them for rent are going to have the best of both worlds.  Appreciation and a growing tenant base to compete for rentals.

Jay is so good, he has litteraly broken his hand trying to get the best deal for his client!

Wish Nevada could get rid of this #1 drama.

Hi Jayson,  Why haven't you written any blogs lately?  The comment you left on my blog could have been a blog.  How is Colorado doing now?  What is the percentage rate for foreclosures now? 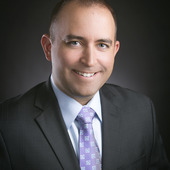