I just closed another successful short sale, but It could have been a disaster because of an easily overlooked paperwork situation that had come to my attention that many agents probably make, and live to regret. In this situation both notes for the 1st and 2nd mortgages were held by the same bank and both investors had agreed to the short sale. Each of them signed off an approval separately,however after the close of escrow date had been moved up by only three days from the original HUD date, due to the buyer's loan processing delay, a delay which was approved of by the bank negotiator, a new release letter or final approval letter was issued that had both the first and second loan on one sheet of paper. This was deemed as  "unacceptable" by title, who claimed that there now was a "cloud" which had to be cleared up before they would allow title to be recorded. Mind you now, the buyer's loan had already funded, my escrow officer, a short sales specialist,  had not noticed the problem either,but title required a new and separate letter from the investor/lien holder of the 2nd before they would allow it to record. Realize, we did have approval from the 2nd but it was listed on the same paper as the approval from the holder of the 1st. I had to call the bank and make a request for a new letter, at this point the bank negotiator's immediate response to my call was, "do you have any extra money?" I replied "no" in fact we did not. Luckily for us, the investor resigned a new and separate paper that day so title now had the release of the first and the second on two SEPARATE sheets of paper and all went well, we closed the following day. Another "near miss" but successful landing in the life of this short sales negotiator.

OH, that is one that would hurt if you did'ent kick it into overdrive at the last min.  I get a lot of last min. files (NOTS) that feel like those and you get drained afterwards.  Good work...

Thanks John, It was a LOT of work, but the reward of saving a person's credit and home from foreclosure certainly makes it worth it.

We are really working so much harder in this market with all the short sales. Good points Lauren 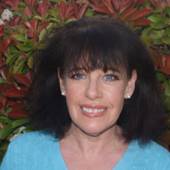