August 11, 2008 -- The market for the average priced U.S. residence may be soft, but the über rich (especially the Russians) continue to drive prices up at the very top of the world's luxury market.  Case in point -- Villa Léopolda, one of the most historic estates on the French Côte d'Azur, is now under contract by an anonymous Russian billionaire for $750 million (€500m).  This three-quarters-of-a-billion dollar sales price sets a new record for the most expensive home sale in the world. The previous record was set earlier this year by Indian billionaire Lakshmi Mittal, with the reported purchase of a London home for his son for an estimated $236 million.

"While the French Villa is a fabulous property, this sale does put into perspective the value U.S. properties represent,"  "The most expensive residence on the market locally here in Northern Virginia is listed for just $17,500,000. 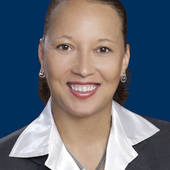