Home > Blogs > Jeff Click > Jeff Click's (jeffclickhomes) Blog
bookmark_borderbookmark
There was a time when being an Apple user meant also being an outcast...someone looked down upon by those who were among the PC-using masses.

"Oh, sure, they're good for graphics," they'd say, looking down their noses, often through black, thick-rimmed glasses as they snorted and nearly hyperventilated with that trademark laugh of the early geek-era.

I'm a proud survivor of that geek-bullying, and I'm proud to say I've been an Apple fan boy before it was cool to be one, and I have proof. I started my software company from my dorm room my freshman year at OBU, and I committed to develop exclusively for what was known back then as "Macintosh" computers. My minor was in Computer Scicence, and I was the only Mac-using student in the department. While I don't think I got any wedgies because if it, I took my share of abuse. But no one had as much RAM as I did in that Power Mac 6100. Nope, I had upped that bad-boy from its standard 8MB to 80MB, and no one could touch it because that was back in the day when you actually had to worry about how much RAM a computer came with, and it cost a small fortune. I had a secret source where I landed those sacred chips for a heck of a deal. All for the graphics.

It wasn't until years later when the iPod hit that people started recognizing that maybe there was something of substance behind the passion so many die-hard Mac fans possessed for their computers. Often compared to the love Harley riders have for their bikes, Mac users would dang near die before being forced to use Windows. Tens of millions of iPods were sold, most of which were to non-Mac users. Once everyone with access to clean drinking water had their first iPod, Apple did it again, and introduced the iPhone.

Now look at all the Apple fan boys and girls.

I don't want to waste time waxing about all the I-told-you-sos to my old friends and past classmates, as my faith requires of me my best effort at grace and forgiveness. So rather than rubbing it in, I'd just like to say to everyone who recently acquired their first Apple product, the iPhone:

I'd also like to announce a special treat just for you iPhone users. Consider it my welcoming gift to you for having joined the coolness club...the new iPhone version of JeffClickHomes.com, among the first of any builder web sites developed specifically for the iPhone.

From the site, you can access a list of Jeff Click Homes' available homes on your iPhone, as well as all "coming soon" homes just getting started, and complete information on each of floorplans and communities. Additionally, you can click the map-button from any page to launch a Google-map to that community right there on the iPhone. Need to call or email a question? Buttons for that, too.

So grab your iPhone and check it out. No need to key-in any special address from your iPhone...just go to www.JeffClickHomes.com and we'll handle the rest. Our site knows coolness when it sees it. 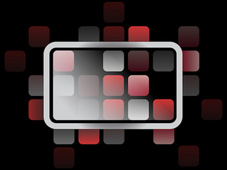