If you know me, you know that I am an animal lover.  I have either owned or cared for dogs, cats, horses, cows & sheep.  If there's one thing I've noticed about every animal is that they all have personalities.  Once you spend enough time with them you'll learn this.  And that's why it breaks my heart when I read articles in the paper about animal abuse and in this case chaining dogs & dog fighting.

On August 18th, the York County Council is holding a meeting at 6:00PM in the Agricultural Building at; 6 South Congress Street, York, SC regarding the outlawing of tethering dogs in York County.  This comes on the heels of an issue that arose in Rock Hill where a man whose 13 pit bulls were seized by authorities because of a tip about a possible dogfighting ring.  The man eventually got custody of his dogs back but officers will be allowed to check on him to ensure that he will be caring for them properly.   I certainly hope they do this.  I found it quite strange that the quote in the paper said that the man "does appear to love his animals," because they "were in states of being taken care of."  That seemed rather naive to me.  Anyone who owns a fighting dog is going to have it in some "state of being taken care of" whether they love it or not because in order for the dog to be successful i.e, win fights & make money, it must be taken care of.

Hopefully this meeting will result in some changes in the laws overseeing the care of dogs in York County.  I don't understand how in this day and age with all of the news surrounding the likes of Michael Vick, our lovely county has virtually no restrictions or guidelines to safeguard these sweet animals and prevent their abuse.

Hi Meg, I have been posting notices about this meeting too. Hopefully there will be a lot of people there! My husband and I and a few of my friends will be there. My husband and I actually live in Chester county but I would really like to get this law passed in Chester too, so hopefully I can learn what I need to do to get it started and in the works. I will look for you tomorrow.

Meg- I am sorry but I don't think putting dogs on chains is a bad thing. Also because you have your dog on a chain does not mean you fight them like it seems this ban is suggesting. I had my Pitbull on a chain when he was outside....The nicest dog you would of ever met. (Yes it's a Pitbull)

As far as the whole "Anyone who owns a fighting dog is going to have it in some "state of being taken care of" whether they love it or not because in order for the dog to be successful i.e, win fights & make money, it must be taken care of." again I disagree. Healthy well fed dogs do not perform well in fights as the main reason pits get "hungry" for the fight is because they are actually very hungry, fighters are often not even given water on a regular basis.... I wonder if this person was targeted because of the breed of dog or if he really was fighting them because unless his dog was the biggest baddest dog at the fights he would have scars on him win or lose, and if he had obvious fight scars there is no way he would of gotten his dogs back.

Unfortunately I have a prior committment for this evening so I won't be able to attend the meeting.  Please keep me posted.

I am happy to hear that you are taking this to Chester.  I sold a 10 acre property in Chester to a gentleman who wanted it to raise pit bulls on and although he seemed like a nice man, every now and then I can't help but wonder if they are okay.

I have read your post and checked out your website.   I can tell you love your pets.  I am sincerely trying to be open minded about the chain thing.  I see that you kept your guy on a chain.  But I still don't understand why a heavy chain versus another type of secure tie.  The chains, to me, just seem to be excessive.  I have seen some awful results from chains on dogs from open wounds to death.  Granted, someone like yourself would never let that happen to their own dog but the reason for this law is to prevent the bad results from happening.  My dog is about 70lbs and we never had to have him on a heavy chain like that to keep him secure. Any time he went outside he had at least 40 feet of roming space on grass with a shade tree.  I never left him outside long enough to be in need of water so that was never an issue.  I do agree that the blame of the behavior of the dog lies in its owner.  I guess I am just of the opinion that this law will be a step in the direction towards making sure the "bad" owners have to improve the care of their animals as well as let them know that those who choose to fight their dogs (and there are plenty around here) will know that there are people out here trying to prevent it.   For those folks who are good loving pet owners, it would be a minor inconvenience to change from a heavy chain to another way of keeping their dog from running away.

Also, with regards to the "state of being taken care of", I know full well that they keep them hungry so that they will fight. It is the technicality of the word "state" that concerns me.  The dogs didn't have adequate shelter or water and hadn't had their vaccinations.   They also had "scarring and other injuries consistent with dogfighting" according to the reports.  This is why I questioned the opinion that this owner seems to "love" his animals.

Meg- Unfortunately for several breeds there are no other options other than heavy chains. Hercules (who weighed 65lbs) absolutely hated my 4-wheelers... The chain that he was on in the pictures I have on here still was not big enough for him as he snapped the chain, latched onto the rim of my 4-wheeler while I was going 40 mph! I didn't know he even snapped the chain until I heard a thumping noise while I was cruising looked down and there he was spinning with my tires lol My cousin had a 195 lb (at 9 months old) Rottweiller, he snapped every chain, and every other restraint possible until he put him on a huge logging chain, his favorite chew tow was a full railroad tie! Also using a chain isn't so bad when the dog is hooked up with a regular collar not the chain wrapped around their neck, which anything even a collar that is never loosened up will have the same horrific results as a chain directly wrapped around the neck and never loosened.

Dog fighting here is very big also, unfortunately it is not policed and the police don't care anyways, as they won't do anything about it. But really they don't have the time to do it even if they actually did care because we average 3 murders a week (old #s anyways) and the last 3 years we have been #3 in major crime in the nation. There is a guy who fights pits that lives next to on of my cousins, his giant pit doesn't even have scars on him, but several of his other ones do.... The gave him a fine for not having a breeders license or kennel license and having more than 2 dogs, and no shot records/ dog licenses (county ordinance requires any home having more than 2 dogs, must have one or the other).

Also... If they can't put them on chains they will just do what many do around here and lock them in small cages in the basement until fight night.

Meg...In the case of the pit bull owner, perhaps your county should limit the amount of animals within a home.  Many towns have ordinances limiting quanity, large amounts would require licensing as a kennel.

Regarding tethering...when I was a Housing director for the Navy, there was a contoversy over chaining of dogs.  Some time ago a child was mauled by a dog that broke from a chain.  Studies have shown that dogs chained become frustrated and more aggressive.  They are better off in a fenced yard allowing them freedom of movement.  It became policy at most installations that tethering be banned.  Additionally aggressive violent animals were not tolerated as well.

Having animals requires assuming responsibility for them, and that means proper care and training. When working as a Housing manager, dogs were not the problem, just some of their owners.

Wow,  This subject is certainly a difficult one to find an answer that would suit everyone.  I think that Chris has a point that if one does use a chain they should only use a collar and make sure the collar is not too tight.  However, I am not convinced.  I am still pro fence.  If you have a fence, your dog won't attack and get caught up in a 4-wheeler or maul an innocent child.

Limiting the number of dogs may be a option but I have a friend with 5 dogs, none of which are chained, so what number would be too many?  Does it depend on the breed?  Many home insurance companies won't insure you if you have a certain breed.  I know that my own insurance company won't insure homes with German Shepards, Pit Bulls, Chows, Dobermans or Rotweilers.

The bottom line is we need to make people aware that they must care for their animals properly, with love and respect for their basic needs, food, shelter, medical attention, love and ongoing caring.  People should take pet ownership seriously as a long term committment to giving to that animal, not to getting from the animal until they no longer can get anything.  Our laws need to reflect these things.  I obviously don't have a solution but I think if we have a little stiffer laws, then some folks might start to understand that more is expected of them.  If they find it too much of a hassle to buy a fence and properly secure their pet, train them, spend time with it every day and allow it in their home rather than being tied outside 24/7, then maybe they shouldn't have the animal to begin with.

I adopted a survior dog in Jan 09, in Rock Hill, SC.  He was among three dogs that were chained to a fence of a foreclosed property.  The neighbor hadn't realized that the family had abandoned the property until she heard the dogs.  At that point she would go and feed the two that she saw on occasion.  The third one was hidden and she hadn't noticed him.  This was in Dec 08.  When the property was sold in Jan. 09,  the dogs were then rescued by the new onwers and taken care of.  I definately have no tolerance for chains for any purpose except for dragging cars out of ditches, not for human or aminal use.

I adopted the third dog from that property.  He was bone thin and almost dead when I got him.  I am happy to say today he is happy and healthy.  He has made it through his chemotherapy for heartworm, starvation and abuse.  Please....no chains.... 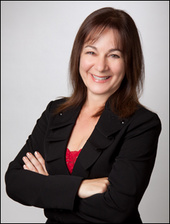 This blog is here for the benefit of folks who want to know more about real estate in the York County, SC area and the area in general.