Okay it is 2007 and  fast approaching holiday season,  I am on phone duty and get a call from a seemingly energetic woman who wants to make an appointment the week of Thanksgiving to see several properties.

She seemed qualified enough and also tells me she is a Realtor (in the state she is coming from but worked as a Realtor's assistant; okay good enough) she and her husband were planning to retire in July 08 but wanted to get a head start on there home shopping.  She sounded very excited so I in turn set an entire day aside(since they did not know this area we actually went from one side of the city to the next looking in several different neighborhoods.  I have met people at their hotels before and drove them around all day (long ago when I didn't realize "some" people actually use Realtors as free entertainment and tour guides).  Anyway, since she was in the real estate business I over looked this possibility.  The day was long but went well, they ended up not liking any of the homes we had seen that day but instead ask me to email some homes with acreage .... okay, I did this.  They immediately liked a home that s almost an hour away from where I live and has a dozen cats (which I am highly allergic )  It is now almost Christmas ...

They want me to go to the house and take pictures in detail of every room, including all four walls, floors, streets, land etc...  SO, I took about 80 pictures total (take into account this home is not vacant)  The cats almost killed me but they were my clients and I wanted to do a good job for them so I e-mailed the 80 pictures along with explanations and descriptions for all of them.  It's new years now

She then assures me that she understands I am doing alot of running and doing things for them but she swears to me that I am not wasting my time b/c they are going to buy a house... I waited and waited, no word for a while.  It is now after the new year and they want me to draw a picture of the layout of the home....the owners of the home were very accommodating with this process and get  me a drawing of the home layout, extra photos etc...then on to after valentines day so she calls and ask me if I can meet her daughter and take her to the house.

What do you think I did?  I met her daughter (to my surprise the tag-along were 3 boys under five years old) My nightmare begins because where the daughter spends (I'm not exaggerating) THREE HOURS ... first measuring, then taking another thousand pictures, then takes a video of the house while recording herself talking about the rooms, then she calls them on the phone and walks through the house again with the video camera.  Take a wild guess who is babysitting these three kids who is running wild through the house jumping on furniture, dragging the other kids neatly put away toys out, screaming and fighting like bangers?  If you guessed me, your right!  This women was totally oblivious to her children during this three hours and I had to be responsible for the condition of the way this home was left. There was a trampoline outside I tried to keep them entertained outdoors where nothing could be broken.  Unfortunatly, that didn't work b/c  they were in all directions, one on the trampoline, one jumping on the owners bed and the other ringing the doorbell non-stop....(where was this mothers mind, lost by now would be my guess) at one point they even locked me out the house....it was exhausting.  I was so sick with the cats and kids,  I just wanted to hide and I did along with a hospital  bill b/c I could not get my asthma under control after that day and ended up 3 days in the hospital.  I was just happy because I was sure with all that work they had definitely found the home  they were looking for and my work was hard but worth it.

Out of the blue they want to make a trip back down to Corpus Christi,  so I'm thinking okay this is it...Wow the hard work is going to pay off, there coming here to buy the house.  So, I met them at the hotel, we drive to the house and they start pulling out more measuring tapes, and cameras...I was thinking like Gees people, how many drawing, pictures, and measurements does one need for a single house...but I just smiled and tried to stay outside away from the killer cats plus I was counting my blessing that those kids were not there this time.  So they finish and I am ready to make an offer, they had called to get the loan in place and all...then they say well we have to get some things in order before write a contract so off they are on a plane once again...VERY DISAPPOINTING!

she calls and says they are going to need to see some additional properties.  I was like; WHAT?  Then on July 31ST she sends me an email (mind you, not even deserving of a phone call)  to say that I did a great job but they would rather move somewhere else.

I was in such shock that I just now last night replied to the email stating that.yes, I did indeed do a good job for them and I would at least appreciate the chance to refer them to an agent in the area they want to move.

This by far have been my worse clients, and to think of all people, someone in the real estate business.  SAD, SAD, SAD... yes, I am feeling sorry for myself....lol. It felt good to write it down though now I'm letting it go.  Will I be more careful with the next energetic person calls ands wants to come to town to look at the entire city...probably not..how can we?   I was just sharing a train wreak real estate client with the rest of you...my story isn't the best but I am sure it isn't the worse either....we all have them from time to time it doesn't make them any easier though.  Oh well, tomorrow is another day....I may at least get a referral from them or a referral fee if they let me refer them out.

That's my train wreak story, I hope it is a long time before I have another one to tell.  My next client story is going to start with ..."The dream clients that dropped from heaven above".  :o)

But aren't the pictures cute?

Groups:
Almost Anything Goes
AR Comedy Club
Giving Back
Law of Attraction for the REALTOR!

Tags:
real estate clients
what not to put your realtor through
realtors are not your free babysitters
leave the kids at home while househunting 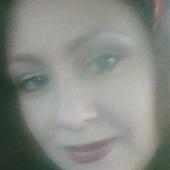