Yesterday's report from the New Hampshire Association of Realtors reported that home sales in NH were up about 2.4% in February. The Maine Association of Realtors reported a similar stat for Feb. and also noted that the median sale price in Feb. 06 was $185,000, while in Feb. 2007 the median sale price was $200,000. So, why, with numbers like these do I have to start my day with Good Morning America reporting information that is bound to slow buying? GMA had a story, like many other news outlets, about the housing slump. National stats show that Feb. 07 was actually down 2+/-%. However, the only report the bad news and do not put it in perspective: Housing costs are and always have been a regional issue.

To look at home sale stats nationally is like shopping for the best priced gas in NH based upon the prices at the pump in California. They are 2 completely different markets. The product is the same but local conditions and influences effect the value. This is a great example of how the media can twist the truth and shape the economy for better or worse. While NH is still an appealing purchase option, for many local reasons, the average first time buyer in NH will hold off until "things look better." Unfortunately, they are the people most hurt. Many of these people are the same potential buyers that decided to "wait until the market cools." All the time not knowing what that really means: The market only cools because buyers aren't buying. These folks on the fringe of home buying are making the same money that they made last year, jobs and unemployment have remained stable, interest rates are still very low and now the home prices have even dipped a little bit because of competition (supply and demand). However, due to media hype, these are the people with cold feet.

It's not clear what other factors play into the decision but it is safe to say that the most prevalent fear is the fear of buying at the wrong time and losing money on the home purchase. Based on facts, we know that the population is continually growing and that baby boomers are continuing with their retirement plans. Other than a total economic collapse, there is no real reason to believe that the bulk of the population is going to switch to renting and therefore eliminate the demand for property ownership. In addition, the financial ramifications of renting are so clearly poor compared to home ownership, that it is impossible to believe that long term ownership is going to be a loss. Therefore, I think it really all boils down to timing: When is a person going to take charge of their finances and going to move forward? Is it going to be when the media, and then the masses, come back to the market like they were in 2004? Or is it going to be when things look really low and buying is still slow enough to make sellers remain flexible? 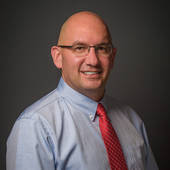