This morning I read an interesting article in the Salt Lake City Tribune, detailing the struggles of the small community of Heber Valley, to maintain their rural lifestyle in the midst of a push for greater growth.1 Now given the national credit crunch, and the overall slowdown in construction, one would think that such projects might be put on hold, and indeed the article does state that the drop off in the market has given city planners a bit of breathing room. However, it seems that this is simply a pause, rather than a stop.

The question I have then is this: as Realtors, we have an obligation to our clients to find the best possible options for them, regardless of whether they are the small farm family looking to get the most from their land as they move on towards a change in their lifestyle, or the developer looking to find the most profitable location for their project; given that, at what point do our ethics come into play, at what point is enough, enough?

"Urban Sprawl - noun: the unplanned, uncontrolled spreading of urban development into areas adjoining the edge of a city."2 Obviously the key there are the words ‘unplanned' and ‘uncontrolled', and just as obviously the answer is to both plan and control such growth, the citizens of Wasatch County want to avoid what happened to Summit County in the early to mid-90s, that's clear.  But at the same time how do we consider what's best for an entire county as we perform our services on a day to day basis?

Some might argue that it's not up to us, as Realtors, to look at the big picture.  That we should do our best for each client in turn, seeking the best possible solutions for their unique situations, on a case-by-case basis, regardless of the long-term impact of each of those decisions.  Others argue that it's precisely the long-term impacts, that require us to look at the big picture, looking forward with the experiences gained from the events of the past decades, to see not what's necessarily best for our clients now, but also what is best for them 5 years from now or 10, even IF this puts short-term goals of this year or next in jeopardy.  For still others the answer involves juggling both positions to find a happy medium.

Regardless of where one stands, no one can argue that big changes are the result of little changes, and that nothing occurs in a vacuum.  The economic downturn the country is experiencing will eventually end, whether sooner or later, as the tide rolls out, so too must it inevitably roll back in.  As we move forward, it's important to remember where we've come from and where we're going, that we realize that there is a synergy involved in what we do, and how communities grow, and that we have a greater impact on how things develop than we may ever know.  It gives one a sense of pride and a source of responsibility, both of which are of equal importance, given the struggles we face as Realtors, as people and as members of this community.

Just some food for thought, on a Monday morning.

•2. http://dictionary.reference.com/browse/Urban%20Sprawl - Dictionary.com, which is based on the Random House Unabridged Dictionary. 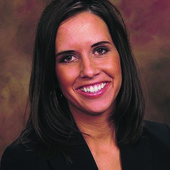