Transportation costs, now second only to housing as a percentage of the household budget (with food a distant third) are altering buying patterns for home owners in Northern Virginia.

A Washington Post article, “Gas Prices Apply Brakes to Suburban Migration“, noted that housing prices in far out Loudoun and Prince William counties have collapsed while those in the inner suburbs - like Alexandria and Arlington - have increased or at least stayed the same.

When gasoline was cheap it was easy to build miles of highway and then buildings and houses beside those highways but with fuel prices topping $4 a gallon, there has been a dramatic shift in how we travel.

Americans drove 9.6 billion fewer highway miles in May 2008 than in May 2007. In the Washington area mass transit is setting new records for ridership. - the WMTA recorded an 8.5% increase in April over the previous April. And its not just MetroRail, Metro Buses are busier than ever too.

END_OF_DOCUMENT_TOKEN_TO_BE_REPLACED 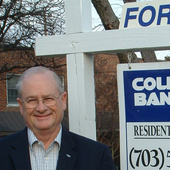