Marin residents - frequently rated No. 1 in surveys of household income - have been judged the "skinniest" among U.S. counties ranked as the best places to live in the August issue of Money magazine. And on another list prepared for the magazine, San Rafael and Novato tied for No. 1 as the cities with the best air quality and least air pollution.

Marin residents won the skinny contest with an average adult body mass index of 24.48, just ahead of San Francisco residents, who had an index of 24.86.

Hi Douglas  -  Welcome to ActiveRain.  I look forward to networking with you and reading your future post.  Have a great day!!! 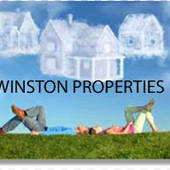