As I got out of bed this morning and had my cup of coffee, I came across an article on the Orlando market.

Orlando home sales declined in July after a traditional peak in June.  Members Of Orlando Regional Realtor Association sold 1436 homes during July down from 1489 sold in June, a 3.56 percent decline in one month and 5.77  percent less than the 1524 homes sold in July 2007.

Maybe there is a half full cup here, your home may sell sooner but for less.  Please keep this in mind when pricing your home.

Selling your home looks pretty daunting right now in most markets.  If you're selling a home to buy up you are actually better off in this market provided you bought right at the start.

i read an article in the Sentinel 8-26 that seemed pretty positive... I will post that... 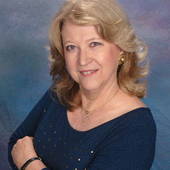