If you are getting ready to replace your old AC unit, you now have a new consideration to make; the type of refrigerant. Most AC systems in Arizona run off of Freon, also known as R22. Systems are now being offered that run on R 410 or Puron. Here is more information on why this change could be important to you.

From Wikipedia:
"Freon is DuPont's trade name for its odorless, colorless, nonflammable, and noncorrosive chlorofluorocarbon and hydrochlorofluorocarbon refrigerants, which are used in air conditioning and refrigeration systems."


In 2004, the Clean Air Act called for a 25 percent reduction in the supply of HCFCs. Like any other item, as supply is reduced, the costs for that item increases. In the year 2010, no new equipment may be manufactured that use R-22 refrigerant, which suggests that HCFC refrigerant is obsolete. Additionally, as HCFCs are further reduced, R-22 refrigerant may increase in cost. Additionally, as HCFCs are further reduced, R-22 refigerant may increase in cost as did R-12.


Future Cost Of Service Savings - Because of U.S. government restrictions on future production, refrigerants with ozone-harming CFCs, the refrigerant used in most of today's heat pumps and air conditioners, will become harder to find and, eventually, more expensive. Upgrading to Puron Refrigerant now can help you avoid the potential rising cost of servicing most of today's air conditioners and heat pumps.

R-22 is being phased out globally, and the manufacturing plants that make R-22 in Europe, North America and other regions will eventually be shut down or converted to make other chemicals. Just this past year, the 3rd largest R-22 manufacturer in the U.S. closed its facility.

In 2003 the U.S. EPA implemented an allocation program which limits both the companies who can make and import R-22, and the amounts that they each can make or import. This essentially"capped" the supply of R-22 in the U.S.

In order to meet the reduction in use of ozone-depleting chemicals that Congress laid out in the Clean Air Act of 1990, the U.S. EPA expects to pass further laws before 2010 to reduce allocations of R-22 and other ozone-depleting chemicals.
By 2015, the cap on R-22 and other ozone-depleting HCFC refrigerants will be reduced to allow a maximum of about 60 million pounds of virgin (new) R-22 to be produced in or imported into the U.S. Currently, the U.S. uses over 160 million pounds each year!
Forecasting the effects of these regulations isn't easy, but it sure doesn't look good for R-22!


I got home and told my husband all about the refrigerant topic, and he recalls when the refrigerant for cars changed and the cost of the "old" refrigerant skyrocketed. The R410 (or Puron) is the environmentally-friendly refrigerant of the future. Come 2010, there will be a supply shortage of R22, based simply on the theory of supply and demand.

Hi Jennifer - Welcome to ActiveRain.  I look forward to networking with you and reading your future post.  Have a great day!!! 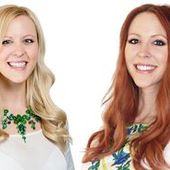