Drug manufacturing in homes is becoming a major concern. The residues left behind can make a person very sick, cause serious allergic reactions, even death. There are over half a million homes in the United States that currently are or once were Methamphetamine (Meth) labs.  These properties pose significant health issues to occupants, serious liability issues and significant clean up costs to the owners. Methamphetamine labs create long term issues. The chemicals used in the manufacturing of Meth do not dissipate with time. Any narcotic residue left behind by prior occupants can be hazardous to you, the buyer, the tenant, and anyone living near the property. Meth production can take place in any structure. It shouldn’t be assumed that any property is immune to it. The cost of cleaning up these sites can run into tens of thousands of dollars for the owners.

Some Indicators of Meth Manufacture Include: (There may be no obvious  indicators)

Remote locations are often chosen to prevent the detection of the odor of the chemicals needed to make the drug. Barns, hotel and motel rooms, apartments, storage sheds, garages and vacant buildings are common places where meth is produced. Hazardous chemicals may be dumped on the ground or in nearby streams and lakes, pumped or poured down sewage drains or simply left behind. These toxic chemicals can remain for a long time as residue on bathtubs, toilets, or sinks. Structures that are used to make meth can be a health risk to the next unsuspecting tenants long after the meth lab has been relocated.

While meth manufacture is the major concern because of the high toxicity levels of the chemicals used, it is not the only concern. Opiates, PCP, Cocaine, and even THC (Marijuana), residues can make a person ill, or cause an allergic reaction severly endangering someone’s life.

To comply with new lending rules more and more lenders are requiring some type of environmental review prior to closing. The cost of this procedure for a trained home inspector is usually under $100.00. Maybe even considerably less if it is part of a larger package of services, either way it seems a small price to pay especially if there is any indication of this type of activity. Beside the health issues the professionally applied positive test of a property for drugs could serve as evidence in court hearings as well, such as eviction procedures for example. Protect yourself and your clients by having your properties drug tested.

Thanks for this information Terry. Do you know what local agencies a home buyer might contact to find out if a "bust" has occurred or if a prospective home has been used in meth manufacture?

I would start with your local law enforcement agencies, Sherrif, Police, State Police etc... to see if those types of records can be accessed, different areas, and for that matter different agencies, have different policies on what they consider public information. Second you can search your local newspapers archive sections to see if the address in question appears in any of the crime blotter section. The library in your area might have this info on microfilm which would make the searching faster as you can search for the address in newspaper articles. As far as having the home tested I recommend going to http://www.nachi.org/ and searching for an InterNACHI certified inspector in your area. I'm sure they will be more than happy to perform the test for you. If you are in the central Kansas area give me a call. 785-643-0800, I will be happy to help!

"over half a million homes" is an amazing and frightening statistic.  Thanks for the alert. 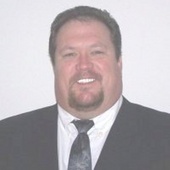