So as I glance through the headlines today, I notice this one;

This was posted on the Inman News site. Now, after reading this article, all I can say is...........it's about time. Now FDIC chairman Sheila Bair is telling congress that if predatory lending is to be curbed, it may have to start with the lenders. Wow, what an inspiration.

However the article goes on to say"....Officials with the Federal Reserve, Office of Thrift Supervision and Office of the Comptroller of the Currency did not join Bair's Federal Deposit Insurance Corp. in calling for new legislation governing mortgage lenders..."

Color me argumentative, but COME ON!  This is a case of government agencies holding to a hard line opinion that those ever mysterious "market forces" will correct ... eventually, and potentially with great harm to the economy (see 1929) ... itself. I'm not certain that the market needs to correct itself to fix part of this problem. I have been and continue to be a proponent of minimum lending standards. Don't get me wrong, I am not saying that a borrower should have a limited number of loan program options available to them. Not at all. But with literally thousands of current loan programs in the marketplace I'm fairly certain that the consumer will be served.

But what about the sub-prime consumer? those who need to have a "special under-cost introductory rate 9% ARM" with 4-10 caps and 2 points at closing in order to qualify? What about them. Perhaps, and this is just a thought, perhaps they need to be advised to reconsider making the purchase at this time? Maybe, and I'm just spit-balling here, but maybe the agent/broker or lender needs to advise the purchaser that with the current Index being 4% and a margin of 8% being added on top of that, and a pair of 4-10 caps, the highest the interest rate might climb to would be 22% and that the payment would thusly adjust upwards to around 250% of todays current payment.

Or maybe we should just qualify a purchaser at the fully indexed rate, at least the initial fully indexed rate which in my example above would be 12%. I actually would like to see us qualify borrowers at the "initial adjustment period" fully indexed rate (in my example 16%) as long as that initial period was not calculated in any way less than one year (stopping the bi-weekly mortgage adjustments). But I guess that wouldn't allow for market forces to correct any market imbalance, would it?

By the way, if those last two paragraphs confused you, just think how the borrower feels when presented this type of information. 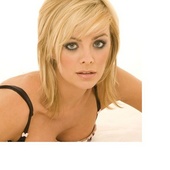