For motorists who've had trouble getting in and out of the Monarch Lakes community, help is on the way.

A traffic signal is being added at the Flamingo Road and Monarch Lakes Boulevard/Miramar Boulevard intersection, which is a primary entrance to the neighborhood. Completion is expected by the end of the month, said Henk Koornstra, assistant director of the Broward County Traffic Engineering Division, which approved the signal.

"Traffic volumes warranted the signal," he said. "The foundation has been installed as well as the underground conduit, the poles are up but not the mast arms. The concrete has to obtain enough strength to support the weight of the arms."

Broward County is paying for the signal, about $220,000, with developers putting in $40,000 of the project cost, Koornstra said.

Since 2003, there have been 81 traffic accidents at the four-way stop intersection, according to the Miramar Police Department. An increase in residents and traffic volumes most likely contributed to the number of accidents, Miramar police spokesman Bill Robertson said. The community has more than 2,000 single-family and townhouses.

Robert Russell, president of the Monarch Lakes master homeowner association, said vehicles have had a hard time getting across traffic.

"It is a challenge and you want to assure yourself that you can get in and out in a safe way, so this signal is in the best interest for the community," Russell said. "It does impede traffic flow, but I always believed the safety issue overrides the other issues of coming and going more quickly.

"Several members of the executive board have been pushing for the signal," he said. 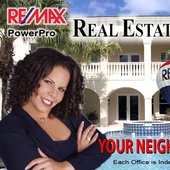