I recently heard about an unfortunate situation on Boston’s north shore, in Manchester. You can find more about it at the site of WCVB-tv.

Here’s what happened: some unfortunate homeowners purchased a house that was most likely built on an old landfill. They tried to sell their house and potential buyers balked at the last minute. After learning why, the owners had their soil tested. Chemicals galore were lurking in their back yard. Lead, arsenic, mercury. Not exactly healthy. The worst part? Mom was weeks away from giving birth.

Who’s responsible? Surely the builders knew what type of land they were building on, right? Maybe they had no idea - could have just been fulfilling a contract. Surely the town knew the history of the land that was to be built upon, right? It turns out they did, and sent lent a letter to the builder ordering them to stop construction. No one followed up, the house was built, and the rest is history.

The family moved out right after learning about what was present in their yard, and hopefully they will raise a healthy baby. What about the person that sold them the house? If they had done their due diligence about the property, they would have found out this information.

Maybe, maybe not, but if the buyers had used an exclusive buyer’s agent, they could have avoided this unfortunate situation. I can’t express enough how important it is to have someone working on your behalf, not someone just trying to sell you a house. Most consumers are still not aware that they could hire someone, for no extra money other than what they will spend on buying a home anyway, that would work in their best interest. Something to think about if you plan on ever buying a house.

That is a sad story, and I agree that I think the buyers would have done a lot better if they had used an Exclusive Buyer Agent.

Your story reminded me of a story many years ago from an Exclusive Buyer Agent in New Jersey. I think it was Pam Bell.

Funny, except when you realize people are living there now. 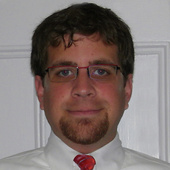 ActiveRain Community over 13 years ago
bookmark_border
Can I use the first-time homebuyer tax credit as p ...
View more Recent Posts   arrow_forwards