I have never been a REALTOR who would tell sellers that they couldn't sell their own home because with enough time and patience they certainly may be able to do so.  I have however noted often that sellers settled for less than they should have had they offered their home to a larger pool of buyers and had they been represented by a REALTOR who was negotiating on their behalf.

Recently I completed a transaction that seemed, on the surface, to be an easy deal.  The sellers listed the property at my recommended price (a bit lower than the competition) and within a week we had a contract to consider.  The buyers naturally wanted a great deal given the market and offered considerably lower than the list price.  After some discussion the sellers countered with a reasonable counter and the counter-offer was accepted.

Inspections were completed without any problems and it seemed we were sailing to an easy close.  Soon, however, we discovered that what was thought to be a subdivision was a site condo neighborhood.  The sellers didn't understand this fully when they purchased nor did most of their neighbors since no one was paying dues and there was no common area!  So now we had to get details on an association that wasn't active and unearth the condo docs.  Lots of phone calls later we were able to do so.

Next we found that there was a mortgage recorded against the property in error and it was my job to track down both the lender who had erroneously placed a lien against my listing as well as the borrowers for that loan.  Lots more legwork and many phone calls ensued before we finally were cleared to close.

Could the sellers have dealt with all of these issues?  Probably; but my suspicion is that it would not have come to light soon enough and would have created enough obstacles that the sale would have been seriously delayed That may have caused the transaction to fall apart since the buyers needed a quick closing and possession.

The end result....happy buyers and happy sellers who are reunited in a new state and happily anticipating the completion of their custom build there!

I hate it when a transaction seems too easy, because it usually means there is a surprise around the corner!

It's always the ones that seem too good to be true.  Thanks for the comment.

Sondra, how often do supposedly 'easy' transactions develop unexpected twists and turns? :)  One of my former brokers used to say, "if this were easy, everyone could do it."  In today's challenged economy, that statement accurately describes the Value that a good agent brings to the table.  When the job is done well, it can seem like it was easy...the truth is that it seldom is.  Great post!

Thanks for the input, Lola.  As I tell my associates...."we get paid to solve problems". 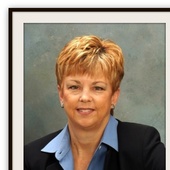 News about real estate in the Greater Grand Rapids MI and West Michigan area along with random reflections of a wife, mom, daughter and more!