Like:
Home > Blogs > Olga Roy > Olga Roy's (fizberfsbo) Blog
Five things to consider before buying a pad for your college student Rising college costs are causing some parents to consider an alternate housing plan for their students: They’re bypassing the dorm and off-campus apartments in favor of purchasing a condominium or single-family home. In some cases, it might be not a bad idea. Take the Oklahoma City area. Here, a single-family home will cost an average $764 a month, including the mortgage payment and taxes, assuming a 30-year fixed-rate mortgage and a 20% down payment, according to data from Cyberhomes.com, a consumer home listing portal owned by Fidelity National Financial. Renting a comparable home near the University of Oklahoma, however, would cost an average $1,088 a month, the firm said. Lawrence, Kan., is another college town where buying may be a good option: In Lawrence, the monthly payment on a single-family home averages $859, compared with an average $1,162 to rent, according to Cyberhomes. “More and more people are thinking about getting a kid into a property because tuition is so high,” and room and board also continues to creep up, said Rose Price, a real-estate agent who works in Champaign, Ill., where the University of Illinois is based. Room and board averaged $7,404 for public, four-year universities and colleges in 2007-2008, up 5.3% over the last school year, according to the College Board. For private schools, room and board averaged $8,595, up 5.0% from the previous school year. Purchasing a single-family home instead of a condo lets parents have a place where their child can live and other rooms can be rented out, Price said. In her market, they’re buying homes that can range between $60,000 and $200,000, she added. Another reason parents might be interested in these college towns is that oftentimes — unlike much of the country — they’re “recession proof,” said Brent Lipschultz, a personal wealth manager with New York-based Eisner LLP. A college town produces a certain amount of housing demand no matter what the economy is like, keeping the market healthy, he said. But before spending a long weekend looking for real estate, parents should consider the following: 1. Buying is not a bargain everywhere Consider the market conditions, and figure in all the costs before deciding whether to buy or rent. Sometimes, college markets are affordable to buy in because there is heavy competition for rentals, which drive rents up, said Marty Frame, general manager for Cyberhomes. More: Fizber.com
LIKE
close 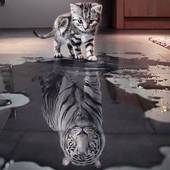