Last night we went to the ballgame in Baseball Heaven AKA Busch Stadium (for now)..  It seemed as though we showed up, the Brewers showed up and many of their fans but the Cardinals were not there.  Well, they were there physically but they were not playing very well.

They managed to nearly score a run or two but for the most part it was sad.  My mom and her new husband joined us at the new and improved ballpark.  Jim, my new dad,  was not impressed with the stadium.  He recalled how unique the old one was and how much better it was.  I could not hear everything he said over the noise of the crowd.  In St. Louis it does not matter how the Cardinals play, the fans here still cheer them on and get into the game!

I think the Brewers were a little surprised by this.  I know the four Milwaukee fans sitting in front of us took note of our enthusiasm on several occasions during the game.  At one point one of them turned around to us and asked, "Is the weather always like this in August here?"  To which I had to reply yes.  I later told him not really they must have brought the cooler temps with them.  He said, "You are welcome.'  And I had to laugh.  He seemed a very friendly man.

We are having beautiful weather here in Missouri.  It has been bearable during the day and almost chilly at night.  So being in Busch Stadium for a Cardinals game was a lovely way to spend the evening even though we were disappointed with the outcome of the game.  Better luck next time, Cardinals!

Here is a photo I snapped as we were leaving Baseball Heaven in downtown St. Louis, Missouri.  Could almost be a postcard.

There's nothing like a night out at the old ball park, especially in a great baseball town like St. Louis! Sounds like everyone had a great time!

Ann- pretty photo of the stadium.  Nice that you met some Brewer's fans, we really are friendly here in Milwaukee.  You are welcome to visit anytime!

We did have a good time.  Thanks for stopping by and commenting.

I have been through Wisconsin many times.  When I was a child, we took vacations to the Upper Peninsula in Michigan.

Thank you for the invitation.  If I travel that way, I will look you up.  I like your last name.  ;-)

Ann, there is nothing like taking in a baseball game in person.

I have to agree.  There is nothing like the ballpark for a game.

nice shot<a href="http://meviooffers.com/eastbay-coupon-codes.html">!</a> we tend to go to afternoon games, so i've never seen the new stadium at night

your photo could definitely be a postcard

The ballpark at night is beautiful.  You should go at night at least once...

Thanks for the compliment,, 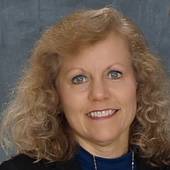