It was a beautiful and sunny Friday afternoon where they graciously welcomed me into their impeccably decorated seventh floor condo. They gave me the grand tour and then quickly got me situated with a delicious glass of red wine and some munchies before they began to convey their life story.

To understand what lured them to Jaco Costa Rica it was first necessary for me to get clarity on the lives of these great people, the following is their story.

Tania and Alfredo are originally from Cuba. They met at the high school talent show, started dating and got married shortly thereafter. They lived happily in Cuba for many years where they started their family and began raising two beautiful boys. However, in 1965 life changed and the instability of Cuba heightened and they became political refugees and made their way to Miami, Florida on the "liberty flights".

They got settled in Los Angeles, California where Tania's sister had already been living and she helped them find an apartment and employment. They worked very diligently and their years in California proved successful but after some time they decided to relocate to Miami where the rest of Tania's family now lived.

Fast forward 30 years, Tania and Alfredo have roots in Miami and they have long and successful careers behind them and were beginning to think about retirement. They love to travel and had been to Mexico, Venezuela, Santo Domingo and Spain on vacation but were dreaming of a specific tropical paradise in which to call home for their retirement. There is one place in particular that instantly captured their hearts because it reminded them so much of Cuba; it was San Jose, Costa Rica.

In Miami, Tania worked as the human resources director for Ilia Lekach, owner and founder of Parlux Fragrances, Inc. One day, five years ago Ilia approached Tania with a business opportunity and let her know that he was developing a condominium project on the beach in Jaco Costa Rica. Sight unseen they jumped at the opportunity, Tania and Alfredo knew that this would be the place that they would start the next chapter of their lives.

Shortly thereafter they came to visit Jaco for the first time. Their hunch was validated and they did indeed love Jaco as much as they thought they would. Tania claims that it was the brilliant sunsets over the Pacific that most captured her heart but Alfredo asserts that his favorite part about life in Jaco is the relaxing lifestyle he says, "It is so peaceful and you can walk everywhere."

During the time their home was being developed and built they made many trips out and confide that it was a little like experiencing pregnancy. They were fortunate to get to see and experience all aspects of the project as it grew and matured but they decided to wait until completion to move, "like waiting for the baby to be born."

Tania and Alfredo were the first residents in these beautiful luxury condos in Jaco and moved in July of 2007. When they go back to Miami to visit family it is always good to see everyone but even better to get back home to Jaco where they can relax and enjoy the good life.

The Espinosa's have been married for more than 50 years. Tania shares with me that Alfredo is a serious, somber man but after all this time he now hums as he ambles around their condo. This is something of a surprise to Tania as she has never heard him humming in all these years. They both chalk it up to happiness and know that they are home.

Lisle, I have heard Costa Rica is one of the best kept secrets.  A friend of mine retired there last year - hope to visit this winter.

We made up our minds a while ago to retire in Costa Rica.  I know we have to learn the language, but that is where we want to go.  It may be as early as December!

What a POWER couple these two are. This is such and inspiring post. Thank you so much for sharing...

That was an awesome post!  I never would have thought of Costa Rica, but now I plan to research further into this area...what language is spoken there, is it Spanish?

Our company came out with a really great program for agents to work for us from your own turf.

what to do with their money, you can become one of our international agents.

We are looking for investors, second home buyers, and people how will like to have a little piece of paradise.

So please feel free to contact us for further information.

We have great projects for you to sell and we will do ¾ of the work down here.

50% of the commissions of each close you make.

Lisle - I can well understand why they chose Costa Rica. My daughter and I were there in August investigating real estate opportunities for some clients. The best for us - even better than the sunsets - was the friendly, welcoming Ticos.

Lisle, So many people from here have either bought land or are thinking of buying in Costa Rica.  Do you as an American get toown all rights to the property you buy?

Lisle, interesting stories. The world is definitely getting smaller. Costa Rica is a becoming the new Florida. It is a quick flight from most parts of the US. Having lived in Mexico, Costa Rica, Colombia and Argentina I would say that in Latin America, Costa Rica is the most Gringo friendly place or maybe better said the easiest place for Americans to adjust to living. It is becoming a more popular destination to retire to. Also, Panama is a growing destination for expats, retirees and investors since they operate on the US dollar and have a lot of coast line. 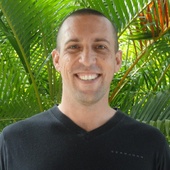 Author Bio:Lisle Head is your Costa Rica Real Estate expert. Graduated from UC Berkeley with a Major in Legal Studies now lives full time in Jaco Beach Costa Rica. Lisle came on a vacation in 2006 and never left. Now is happily married to a Colombiana and has a baby girl.