"Nights in Rodanthe", filmed in North  Topsail Beach, Wilmington, and the Outer Banks   community of Rodanthe is scheduled to open nationwide in September. An invitation only screening will be held on   September 24th at a movie theatre in Kill Devil Hills and a second screening will be held the following evening in Wilmington. The movie will open internationally in      October.

Nicholas Sparks, the author of this and     several other novels, lives in New Bern, N.C. "Nights in Rodanthe" follows the relationship of a doctor, played by actor Richard Gere, meeting a middle aged woman (Diane Lane) who is taking care of an inn on the North Carolina coast.

Locals and visitors alike will recognize many of the film's locations, from the windswept beauty of the Outer Banks, to the wide, sandy beaches of Topsail Island.

Nights in Rodanthe is just one of many films that have been filmed in North Carolina in recent years. "Leatherheads", starring George Clooney and Rene Zellweger opened earlier in 2008, filmed in Greensboro, Winston-Salem and Charlotte.

Nick is my favorite storyteller. Love his books and the movies have been wonderful (The Notebook of course being hugely successful. )

Judging from the trailers that Kathy has had up, this one should be pretty good, as well.

Love the pictures!  The notebook is my fav to :'(

Glad you like the photos, Sandy. Candidly, I personally have not read any of the Sparks books, but since this one takes place in familiar locations, I do believe we will go to see it.

My husband and I were actually at the beach alot during the making of this movie. We never saw anyone, but we had friends that did and it was just cool to know that someone was making a movie on our wonderful and beautiful beaches! :)

Jennifer, the movie opens nationwide on the 26th! "The Secret Life of Bees" filmed in Wilmington and the area last year, as well. You may see some familiar places in that one, too! 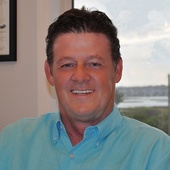