I was asked to do this article last year for the Waterloo Courier, it seems just as timely now, the bottom line is a proactive sales approach is  the best "intervention" a seller can have. I'm not sure who the patron saint of Lenders is but there probably is a demand for those right now also!

When Loren and Nancy Foemmel put their home up for sale several years ago, they hoped itwould sell quickly. They had found a new home they loved, and all they needed to make the transition was a buyer for their old one.

For more than a month, the couple received not a single offer on their property. They decided it was time to invoke a higher power. They purchased a St. Joseph statue from a local Christian book store and promptly buried it in their front yard.

"I heard that story (of using St. Joseph statue to sell a house) and took it with a grain of salt," said Nancy Foemmel. "But after our house was on the market for a month or so, I thought what the heck? I'll give it a try.

"The day after I buried the statue we had a legitimate offer on our house. Go figure."

There are many others, Catholics and non-Catholics alike, who swear by the St. Joseph statue. The longstanding tradition holds that if a seller buries a statue of St. Joseph upside-down and facing the house, the saint will lead a buyer their way.

Wilberding can tell when the real estate market is softening based on St. Joseph statue sales. Sales are up right now, with three or four statues moving out the door per day. Friend to Friend store manager Deb Miller said one area real estate agents buys the statues in bulk for his clients.

While Steve Burrell, co-owner of Remax Cedar Valley real estate agency, doesn't purchase statues for his clients, he has encountered plenty of clients who invoke the power of St. Joseph. "Just like anything else, changing houses and moving can be challenging, and people can find solace in these things. There are people who believe it helps, and I am respectful and sensitive. You never want to make light of someone's religious beliefs," he said.

Burrell said home sellers tend to get frustrated after their home has been on the market for a couple of months and haven't seen any offers. It's usually then that St. Joseph finds a home in the front yard and usually then that the house gets sold.

"Two months plus two weeks is about when you end up selling anyway," Burrell noted. "There's a little bit of convenient coincidence."

Coincidence and convenience is what the Rev. Jim Secora, priest at St. Patrick's Catholic Church in Cedar Falls, has a problem with. Burying a statue of St. Joseph in the yard to sell a home would fall under superstition, not Catholic practice. While St. Joseph may be called upon as a measure of faith, statues and shovels are not necessary to see prayers answered.

"This is certainly nothing that would have the endorsement of the Catholic church," he said. ... "We see the saints as people who we invoke to intercede with God. Buying a statue and burying it upside-down in the front lawn then saying the right prayer and all that stuff, that's out and out superstition. Somebody has taken what was a good, pious practice and turned it into not only a superstitious practice but a moneymaking practice."

Secora is right about the money. Statue sales are up 25 percent, according to Roman Inc., an Illinois company that manufactures them. Web sites, including stjosephstatue.com and totallycatholic.com sell the statues, some of which come in kits that include tiny shovels, along with books with titles like, "St. Joseph, My Real Estate Agent: Patron Saint of Home Life and Home Selling."

Wilberding is quick to note that while she sells the statues and the books, she makes sure buyers of the goods leave her store with an important message.

"It's not the statue that will sell the house, it's the prayer and faith that goes with it. You don't have to bury it. It's not a good luck charm. That's not how I ever want St. Joseph to be bought," she said.

"If someone were to come to me and ask me to bless a statue before they bury in their yard I could not do that. I would tell them they are welcome to pray to sell their house and then tell them to go find a good Realtor," he said, laughing. 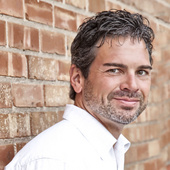