DETROIT, Michigan, September 3, 2008 - ACN's upcoming International Training Event in Detroit will feature more than a weekend of instruction for its representatives. The event will also serve as a major fundraiser for Ronald McDonald House Charities of Southeast Michigan, a non-profit organization that provides a place to stay for the families of critically ill children being treated at the local Children's Hospital. The International Association of Home Staging Professionals will provide the 18 volunteers needed to collect funds for the House those three days, as part of their IAHSP Foundation and the Worldwide Staging Service Week.

ACN, the world's largest direct seller of telecommunications and creator of the IRIS 3000 Videophone, has partnered with the Michigan charity to collect contributions to support Detroit's Ronald McDonald House during the event on September 12-14. Working with volunteers from the charity, ACN will collect donations from thousands of the company's representatives and employees throughout the weekend. ACN will then match the contributions dollar-for-dollar.

Every year, ACN hosts several international training events in cities around the world, selecting worthwhile organizations as their charities of choice. ACN has donated millions to non-profit organizations including those that give to needy children, help victims of domestic violence, support substance abuse rehabilitation, and provide relief after natural disasters.

Benefactors of Ronald McDonald House Charities of Southeast Michigan include families, moms, dads, grandparents and siblings of critically ill children being taken care of at the Children's Hospital of Michigan. Every year, thousands of families walk through the doors of the Ronald McDonald House of Detroit. Some of the families stay a few days, while others are there for weeks, months and sometimes as long as a year. The House offers 25 bedrooms, a large kitchen and dining area, play areas, TV rooms and a garden, all designed to make families comfortable during their stay.  For more information, visit rmhdet.org.

The International Association of Home Staging Professionals®  (IAHSP®) Foundation, a non-profit organization founded by Barb Schwarz, The Creator of Home Staging, is pleased to announce the beginning of the 4th annual Worldwide Staging Service Week, September 12th through 19th, 2008.  A record 60 IAHSP Chapters will participate across the country in a week-long event to improve the lives of others through the magic of Home Staging®. Members of the IAHSP across the US and Canada will come together beginning September 12, 2008 to help local organizations and individuals in their communities who are in need of Staging® services.  Past benefactors have included such places as the Ronald Mc Donald House, nursing homes, schools, women's shelters and individuals in need of selling their homes.

Founded in 1993, ACN has become one of the fastest growing companies in the world by providing customers with leading edge services such as digital phone service and video phones as well as providing a better alternative for services they need and use everyday like local and long distance calling, Wireless, Internet and Satellite TV.  ACN operates in 19 countries with offices throughout North America, Europe and Asia Pacific. 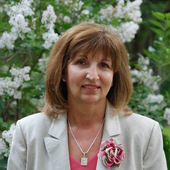