I came across this article by Atlanta Business Chronicle -  Jacques L. Couret Jr and wanted to share this with everyone.  This is good news for all of us!!  I have Realtor friends around the United States and to hear them complain about their market makes me appreciate being in Atlanta for such a time as this!!  I believe that regardless of what the market is doing, its up to us to make lemonade out of lemons.  When everyone is saying that the market is "slow" take that as an opportunity.  Buyers still relocate and sellers still need to sell so if your mind set is "the market is slow" then you won't be as aggressive to go out there and get the business.  I wish everyone HUGE success this year and just know that you are truly blessed to be here in ATLANTA and in Real Estate overall regardless of where you are or how your market is doing!!!!!!!!!

Metro Atlanta's housing market continues to grow and set new records, according to third quarter statistics from the Greater Atlanta Home Builders Association. But while the housing boom continues, some developers and real estate officials see issues looming that threaten to end the economic joyride.

"The economic party in Atlanta continues unabated," said Terry Morris, president of Northside Realty and member of the home builders association's associates council. "We've completed the third quarter with record-setting numbers, both sales of new homes and used homes being the largest. The booming economy has produced all the right ingredients for a healthy housing market."

But Dick Hearin, vice president of Northside's Builder Developer Services, said demand soon may become a problem instead of an opportunity.

"We're seeing a record-setting year in move-ins and absorption of new homes and in construction and starts of new homes," Hearin said. "The good news is that with both of those trends up, the inventory is in balance. What is a concern is that with costs [of land] going up, the lack of support at local government levels, political opposition from existing homeowners and real infrastructure and development issues, like water problems, we don't know if we have the structural capacity to deliver enough product for the growth we expect," he said. "And when you get undersupply in a high demand environment, prices go up, which hurts everyone."

The third quarter statistics for Atlanta's housing market show the area still is booming. Metro Atlanta leads the nation in new housing permits, echoing the rise in demand. Atlanta had 48,226 permits from September 1998 to September 1999, according to U.S. Census Bureau statistics. For the comparable time period between September 1997 and 1998, the area had 43,578 permits. Its nearest competition is Phoenix-Mesa, Ariz., which has 39,272 permits year to date.

Show All Comments
Danny Smith
DISCOVER TEXAS HOMES - Round Rock, TX
Interesting stats! I like seeing how things are shaping up in other areas. Thanks for the info.
Like
Tonya Vercher Hairston
Solid Source Realty - Smyrna, GA
Thanks Danny:)  How is the market in Texas?
Like
Back to Top
Rainer
6,186 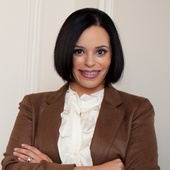