I had the pleasure last night of attending a performance of Four Season's Theater Company's concert version of "Miss Saigon" at the Union Theater on campus.  To say it was a pleasure is an understatement!  This was singing and acting on a professional caliber.  The cast was awesome, the orchestra was phenomenal, and the amplification of all was right on the mark.

What baffles me is that I never saw 1 review of this show anywhere locally! If you love musical theater, don't miss this groups next performances.  They are typically at the Union Theater or the Performing Arts Center at Middleton High School.  It's truly live theater at a professional level!

Kudos to everyone who makes it so great. 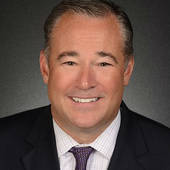