The High School football games are finally here.  All that practice for the football team, band, cheerleaders and mascotts is finally paying off.  Parents and students from all over the county gather to watch their local team fight for victory.

To read what the Birmingham News had to say about the game click here.

I also like to watch the activity off the playing field.  It's amazing to see the cheerleaders fly through the air.  I know I wouldn't be that brave!  Never seen anyone dropped.  Have you watched what they do during halftime?  The cheerleaders go over to the other side and talk with the cheerleaders from the opposing team. Good training for the diplomatic corps - even though we are adversaries, we can find things in common.

I also like to watch the bands.  Most people don't realize, they have "two a day" practices just like the football players.  Think about the effort it takes to play an instrument and move in the right direction and stay with everyone else all while wearing that hot uniform.  And the percussion - they have more instruments out there than the symphony orchestra - all on wheels or being carried by a strong back.  It's quite amazing.  There is also the color guard and the dance team.  I especially like those capes that are one color on one side and a different color on the other and open up like a butterfly.

At last night's game Hoover's band played songs from West Side Story while Homewood's had a patriotic theme.  Both performed well and were very entertaining. The music during the game of course mirrored the excitement on the field as Hoover defeated Homewood 30 to 21.

hope all is well.

i miss the excitement of hoover high school football. 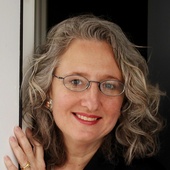