Well, we have weathered another storm!  Hanna tried her best and it looks like she failed!  Thank God!  Everyone here and along the eastern seaboard from South Carolina to Maryland dug our heels in and braced ourselves for the worst.  Hanna was not predicted to be devastating, but, who ever knows.  Nature is very unpredictable!!  Thanks to global warming, we never know what to expect next.

The Little family always loves to head down to the ocean front after a big storm.  It is something about the sky, the waves and the erosion on the beach that is nearly unexplainable.  There was a strange calm at the edge of the ocean, occasionally interrupted by the jets coming back to Oceana. (For those of you that don't know, the navy ships out the fighter jets before big storms either to another base or to sit on a carrier at sea.  The sound of them coming home is a signal we are accustomed to hearing here.  We believe in the sound of FREEDOM!

We love Virginia Beach!   You would too!

Sorry, I had a couple nice photos, but they didn't show up! 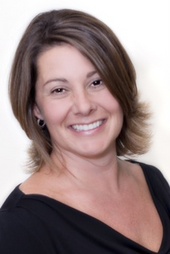 over 12 years ago
bookmark_borderbookmark
Strip Down and Clean Up for Envision 360!
View more Recent Posts   arrow_forwards