Let's not be too quick to schedule the funeral for Down Payment Assistance (DPA) programs such as Nehemiah yet.

HR 6694, the last-ditch effort to resurrect DPA programs before the October 1st deadline after which these programs will no longer be allowed by FHA, appears to have the support of HUD according to Rep. Barney Frank, D-Mass.

This piece of legislation is a compromise between HUD's aversion for down payment assistance and its love for risk based pricing on upfront mortgage insurance. If passed by the House, which appears likely, and the Senate, which might be achievable, then changes could occur for borrowers (buyers) with the following credit scores:

Congress would have to act quickly to beat the October 1st deadline to get this legislation approved and those involved in the committees working on the bill feel that it is achievable.

If you would like to read more on this story, please go to Inman News. 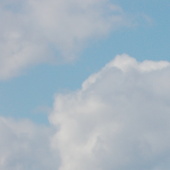 Mortgage / Finance about 13 years ago
bookmark_borderbookmark
Until Mortgage Bonds Get More Press, You Must Find...
View more Recent Posts   arrow_forwards