That is the question...

I had the pleasure on Tuesday to have lunch with my good friend Mike Mueller, the premier Loan Broker in Contra Costa County.

Most of the conversation revolved around making use of the productive tools that are available to Realtors and lenders in order to make their services known.  Most of these tools are absolutely free or very low cost; in addition, the increase in productivity, organization and efficiency can't be beat.

From a long list of items that Mike suggested that I use, what he said that I needed to do first was to BLOG, second, he said that I should BLOG and third, to BLOG again.  I started BLOGGING in December of 2007, my last BLOG was done on December 12th and I never did it again.  Lack of inspiration and time were the most used excuses that I armed myself with, however, the real reason was a lack of discipline on my part.  Discipline, easy three syllable word, with the greatest impact on everyone's lives is what sets apart individuals like Michael Phelps, the 8 Gold Medals winner in the Olympics, or Jason Lezak the anchor leg swimmer in the monumental come-from-behind victory for the U.S. 4 X 100 relay team, from the myriad of good athletes that didn't quite make it.

Let's see how I do in the future, I don't want to over complicate this, I just want to BLOG and if I keep it simple enough to begin with, I'll develop the habit and discipline that I need.  I have so much that I can share; I am a Realtor and this is a great time to buy Real Estate in Contra Costa County; there are so many opportunities presenting themselves; interest rates are still low enough, FHA loans are becoming the norm again, etc.  Bank owned properties (REOs) abound, especially at the lower end of the market.

Anyway, until the next time.

I blogged about a client who just launched a website for their business Bonita Mail Stop and they went to #1 on Google within an hour!

Just type Bonita Mail into Google and the #1 result is an article about them!  How thrilled do you think they were?  Everyone can find their contact information, website and list of services!

How's that for some motivation Rafael!  You can promote yourself and your customers with the same results!

Rafael -  Yeah!  Good for you.  Now just keep on blogging.   Blogging can get you to the top of the search engines for almost any term.  Want proof?  Yesterday morning I wasn't even on Google for the search term "Mike Mueller Sucks".

Can you imagine that?  And to make matters worse, my friend Andy Kaufman of MyEastBayAgent.com was #4.  With the help of ActiveRain, a little strategic posting, I am proud to say that I now rank #1 for "Mike Mueller Sucks"

Yes, it was done as a little bit of fun.   But it was also done to prove a point.  I think we did that.

John is absolutely correct.  (I know, we also talked about this at lunch)

Go out and do a post on a school.  How about all three schools?  K-5, Middle, and High School.  Do a video post on the playgrounds, the local shopping, the bagel store.

REO's?  If a potential client called you right now and asked, "How long does it take to buy an REO?" or "I heard that REO's are beat up and neglected.  Is that always the case?"  You'd have answers for them.  That's simple.  Take those answers and turn them into blog posts.  Add pictures, add video, add links, bold and color. 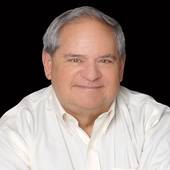