Foreclosures hit another record high in August: 304,000 homes were in default and 91,000 families lost their houses.

More than 770,000 homes have been repossessed by lenders since August 2007, when the credit crunch took hold.

The report from RealtyTrac, an online marketer of foreclosures properties, is the latest in string of bad news for housing.

Foreclosure filings of all kinds, including notices of defaults, notices of auctions and bank repossessions, grew 12% in August over July, and 27% compared with August 2007.

The 27% jump over last August represents a more modest year-over-year increase than in previous months, but that's only because the housing crisis was already underway in August 2007, which saw a big spike in foreclosures.

"In August 2008 the total number of U.S. properties that received foreclosure filings, as well as the national foreclosure rate, were both the highest we've seen in any month since we began issuing our report in January 2005," RealtyTrac CEO James Saccacio said in a statement.

Fannie Mae (FNM, Fortune 500) chief economist Doug Duncan isn't surprised by the swelling numbers. "It's been my view for a long time that foreclosures won't peak until the last three months of 2008," he said.

And now that the nation in a recessionary economy, with job losses exceeding 400,000 a month, Duncan speculates that the foreclosure crisis may be drawn out even longer.

"We've been saying that the foreclosure trend has not yet peaked," said Doug Robinson, a spokesman for the foreclosure prevention organization NeighborWorks America. "Before it was a subprime problem," he said. "Now, it's everybody's problem." 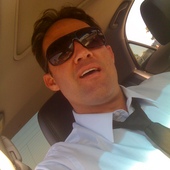 about 13 years ago
bookmark_borderbookmark
The top 10 most expensive area's in the U.S.
View more Recent Posts   arrow_forwards