Over the last year or so we have all seen the news flashes of real estate scams being exposed and people going to jail. Often I seek out such stories to share with others, so these lessons can be learned from.

Today I ran across a truly bizzarre fraud case while looking through online court records. One thing that really stood out to me was the dates of the crimes; obviously mortgage fraud has been an issue for quite some time.

I do not know any of the people mentioned in the article, and these are public records available to anyone; this is not from a news report, but from actual court records.

Spruill and Saks were business partners in Omni Interests, Inc., a commercial real estate development company, based in San Antonio. Omni specialized in the development of office buildings, shopping centers, and apartment projects in different locations throughout Texas. In 1983, Spruill and Saks formed a limited partnership, Omni/Corpus Christi Limited, to acquire and develop a large tract of land in Corpus Christi.

They purchased the property for $3 million in 1984 as a location for a large shopping center. They had the property rezoned and began negotiations with major mall developers. By year end, however, Omni had financial problems. Spruill and Saks needing cash for the company's short term financial obligations, decided to borrow, with the Corpus Christi property as collateral.

They approached Peoples Savings & Loan Association, where officials informed them that they would need about $14 million to pay existing debt on the property and keep their company afloat. Peoples could not handle a loan of that size, and referred them to Security Savings Association.

That was a fateful day. In December of 1984, Spruill and Saks met with Cliff Brannon and Don Jones, co-chairmen of the board of Security and owners of a controlling interest in it. They asked Brannon and Jones for a loan of $14 million. They had obtained an appraisal valuing the property at $24 million, based on its potential as a site for a regional shopping mall. Brannon and Jones listened and promised to let them know soon. The prospective lender, it seems, saw in this prospective loan a solution to its own unrelated but serious problem.

The year before, Security had loaned Ray Stockman about $20 million to develop Chaucer Village, a condominium project in Dallas. When Saks and Spruill walked in, Chaucer Village had failed. Officials of the Federal Home Loan Bank Board had determined that the Chaucer Village loan had been "overfunded" by about $5 million. The Board had directed Brannon and Jones either to write down the loan, that is, to establish a loss reserve against the overfunded amount, or cover it with new capital. Without an infusion of funds from some outside source, Brannon and Jones would effectively be out of business or under supervisory control, since Security's net worth would fall below the minimum regulatory requirements. They did not have the money.

Brannon and Jones explained to Stockman that Spruill and Saks had requested a $14 million loan, but that by lending $19 million, with Stockman as a business partner, Saks and Spruill could pay Stockman $5 million of the loan proceeds. Stockman would then pass the $5 million to Security for the troubled Chaucer Village loan.

Stockman's name would not appear on any loan documents, hiding from federal regulators the tied transactions. In short, the proposal was a shuffle of the $5 million debt from Stockman and the Chaucer Village project, in which the regulators were keenly interested, to Spruill and Saks and the Corpus Christi project, where there was no apparent impropriety. There would be no real infusion of capital, since the source of the funds to cover the Chaucer Village loan would originate with Security itself. The transaction would create the appearance of such an infusion, however, so as to placate the FHLBB.

Brannon and Jones persuaded Stockman with the suggestion that he would receive no further funding absent his help. The two bankers then told Spruill and Saks that the loan came with Stockman as a partner and the $5 million added would never leave the bank but would flow through Stockman to Security. They explained the Chaucer Village loan and why Stockman could not appear on any of the paper work. Spruill and Saks objected at first, but succumbed. Spruill later said that he felt that their backs were against the wall and they would lose everything they had if they did not agree to the deal.

So then, on January 14th of 1985, Omni/Corpus Christi borrowed $19 million from Security and two closely affiliated banks, Meridian Savings Association and Peoples Savings and Loan Association. The Corpus Christi property was pledged as collateral. Spruill and Saks signed a loan agreement reciting that the loan was for the sole benefit of the lender and borrower and was not for the benefit of any third party. Stockman's name was not on any of the closing documents. Robert Brown, Meridian's attorney and the preparer of the closing documents, later said that he was completely unaware of Stockman's role. The same day, Spruill, Saks, and Stockman formed Crosstown Joint Venture to develop the Corpus Christi property. At the insistence of Spruill and Saks, Stockman also signed a separate guaranty of the $19 million that Omni/Corpus Christi had borrowed.

A few days later, Spruill took $5 million of the loan proceeds and made out a cashier's check to Stockman for this amount, ostensibly for his services as an "advisor" in Crosstown Joint Venture. Stockman rendered no such services. Spruill gave the check to Jones, who met with Stockman, gave him the check, and had him purchase a certificate of deposit in the name of his company, Condo Homes Corporation.

Condo Homes then wired the money to Security to pay down the Chaucer Village loan. Security informed federal regulators that a purchaser had been found to take over Chaucer Village and pay off the loan, but did not disclose the true source of the funds. With the shuffle complete, Omni was left to carry a $19 million debt, over 25% of which it had never received.

In 1986, Meridian sued for foreclosure on the Corpus Christi property. Spruill and Saks counterclaimed against Meridian, Security, and Peoples, asserting that the loan was usurious. They argued that part of the loan transaction was a sham, since $5 million was not in fact loaned to Omni/Corpus Christi but was diverted to Security for Stockman's debt. Crosstown Joint Venture was merely an artifice conceived by Security to hide the true nature of the relationship between Spruill, Saks, and Omni/Corpus Christi on the one hand, and Stockman on the other.

Spruill and Saks signed pleadings detailing the fraudulent nature of the loan arrangement, and Spruill testified at length about the transaction in depositions.2 Spruill and Saks ultimately won a settlement in this lawsuit dissolving the Omni note and requiring the banks to pay them approximately $2 million.

In 1990, the government indicted Saks and Spruill on charges of conspiracy to defraud the United States and aiding and abetting bank fraud. There were two theories: first, that they defrauded federal regulators by concealing Stockman's involvement in the loan transaction, and second, that they defrauded the banks of their money. Saks testified in his defense at trial. Spruill did not but the court admitted Spruill's deposition testimony from the civil suit into evidence.

OH MY! What a story! Like you said...these kind of stories are surfacing every single day. We live in some crazy times. GBU!

It really is amazing to learn what goes on behond the closed doors of lending institutions. It's no wonder that the taxpayers are now forced to bail out the very banks that take advantage of them at every turn, while the CEO's once again walk away with plump pockets.

Hi Michael...Wowthat's quit a story, Great always makes Men do things that they would not normally do..I think they call it larceny it bring out the worst in people...bottom line there is not fast track to success.

Thanks for sharing your research. 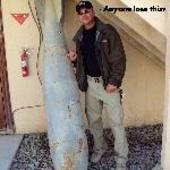