Everyone is tired of hearing about the pre-foreclosure and short sale problems, but this story is different- I promise.

I didn't realize right away it was going to be a pre-foreclosure.  After taking the listing and speaking with the sellers more- I got it.  It was too late to back out- I needed to figure out the best way to help them at this point.

Their story was familiar- builders made changes and their payments ended up being more than they could handle.  Also, the husband was laid off, etc., I never did understand why they moved and were paying rent instead of trying to pay on their mortgage that was getting farther and farther behind every month.

I listed the home about $30,000 less than what they owed (2 different mortgages).  I called to get any information from the bank.  That was a waste of many, many days.

Within the first couple of months I had two separate buyers and diligently tried to do everything possible to make the deals work.  I could not get anyone to help at the bank.  I know they were inundated with these type of deals, however, I had two buyers and needed some information.  Needless to say- I lost them both.  They did not want to wait any longer and moved on.

The house is due to expire next month.  I have just decided there was nothing else I could do at this point.  The sellers had some bad news regarding a family member in another state, so a few weeks ago they were going to take care of this.  I decided to leave them alone for awhile to handle the s

Almost relieved to be finished with this listing, I get a phone call the other day from an agent who wants to put in an offer.  Great!!  One last chance to maybe get something moving on this.  I tell her to e-mail it over.  I checked the offer over and it seemed fair enough.  I thought the bank would probably decide this was it- since we were running out of time.  Foreclosure is right around the corner. Did they just pack up and move???  What am I supposed to do now??

I was almost done with this listing.... it had to come alive just to jab at me one more time....  any suggestions???

Tina, I see your patience running out on this one. How can you work ANY deal if the Sellers can't be contacted? It's a people business but this is ridiculous.

My only experiences with short sales have all been nightmares.  There is nothing you can do if you can't locate the sellers.

My only experiences with short sales have all been nightmares.  There is nothing you can do if you can't locate the sellers.

Tina it certainly seems like you have done your best. How frustrating to have an offer a good offer finally that you are unable to present.

As I was reading through your post I was thinking "maybe they can renegotiate the terms of their loan".  Banks are actually doing that these days.  And then the whole disappearing client thing happened.  Wow!  Hang in there!  Short sales are tough and disappearing clients are even tougher!!

If you have tried and tried and can't locate the sellers there is really nothing you can do.

Thanks for the post. If you've visited their last known address and they aren't their and you've sent them a letter "return receipt" to the same address and you don't get an answer, there isn't much that you can do.

Having said that, I just took another "short sale" listing last evening. I provide the sellers with the names of three attorneys who have specialties in short sales. I don't use the term "specialties" lightly. These attorneys are successful because they have established relationships with negotiators at various mortgage companies and are able to cut through the red tape and lower level peons.

With experienced legal counsel, the process can move much quicker.

Sep 16, 2008 11:54 PM
LIKE
#7
You must sign in or register to leave a comment
Login Register
Show All Comments
Older Post Newer Post
Back to Top
Generate More Leads from this Listing
With a Trulia Pro Account
Learn More
Find what you need?
See More Blog PostsAbout Real Estate! SEE MORE NOW!
Rainmaker
93,364 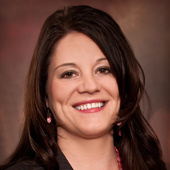