Whenever I type in a Google search, I always have to remember to include the location of the city of which I seek.  The Melbourne I'm talking about is in the beautiful sunshine state of Florida!

So just where is Melbourne, Florida?  The City of Melbourne is located in Brevard County, Florida.  It is situated along the stretch of Atlantic coastline known as the "Space Coast" about 70 miles southeast of Orlando and 20 miles south of Cape Canaveral, home of Kennedy Space Center. Some of the nearby communities include Palm Bay, Viera, West Melbourne, Melbourne Beach, Satellite Beach, and Indian Harbour Beach. U.S. Route 192 runs through the city as well as SR 518, which is also accessible to Interstate I-95 and the Beachline Expressway. Although most of Melbourne is located on the Florida mainland, a small portion is located on a barrier island separated from the mainland by the Indian River Lagoon.

Melbourne is not known for its touristy flavor.  It is well-liked by locals and visitors who just want to relax and get away from theme parks and the crazy traffic of ORLANDO!  Melbourne has seen growth in the past few years in population, but still remains to be what I would consider to be a quiet town near the ocean.  Somewhat undiscovered by the rest of the world.  Our beaches are rarely crowded.  In fact, you may find times during daylight hours when you are the only one on the beach!  I grew up in South Florida.  I have been a resident of Melbourne for nearly 15 years.  By comparison, I believe Melbourne to be a more pleasant place to live, work and play. 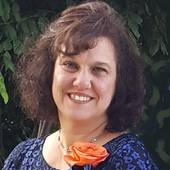